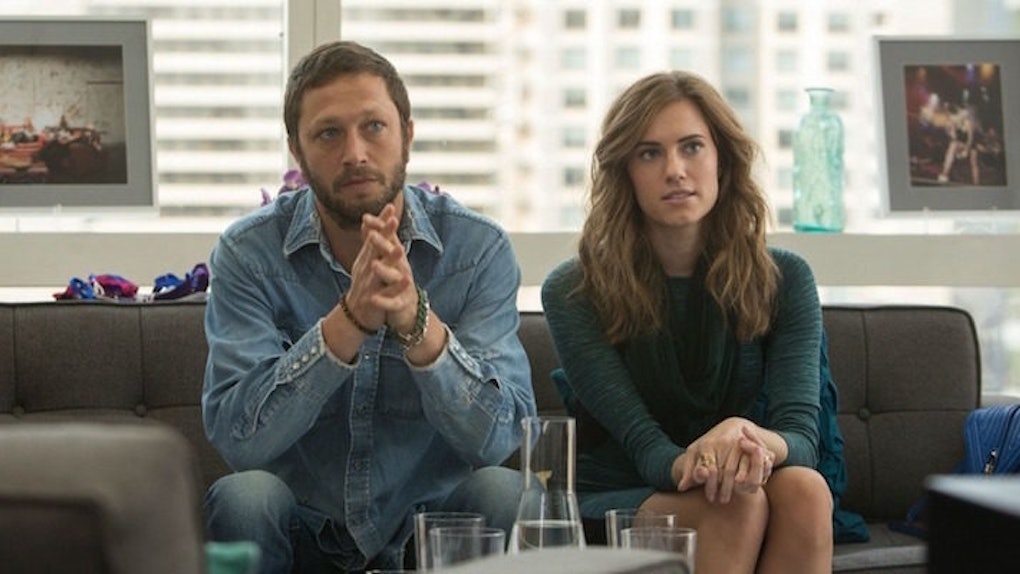 One of the hardest things to learn in life are which bridges to cross, and which to burn. We always hear people telling us why burning bridges is a bad thing, but what they never tell us is sometimes it's something we need to do in order to grow and move on.

I'm not telling you to tell the guy who sings karaoke at your favorite dive bar they suck, or letting a friend know how much you actually dislike her new bangs. Burning bridges doesn't have to be a nasty, aggressive act. Sometimes it's as simple as finally accepting something you should have a long time ago.

Here are the different kind of relationships you need to cut out of your life:

One of the most difficult and painful bridges to burn, the bridge from one person's heart to our own. Relationships are difficult and intense. They hurt you and heal you simultaneously, and it's the most conflicting of pains.

The tough question is when to decide if what you're fighting for is worth the battle, or if you need to raise your white flag.

As we all know, abuse comes in many forms. And none of them are acceptable. Don't ever let someone hurt you in any shape or form, no matter the circumstance, it is never OK to hurt another human.

Because you are good enough. Just because they don't see that, doesn't mean there aren't one million other people who won't.

All Take, No Give

I've been there. You're the one who constantly makes the plans in the relationship, and half of the time they still never end up going through, but it's never because of you.

You plan your entire schedule around them, and in the meantime, they don't even try to fit you into theirs. Even when you barely see each other, every opportunity you get, they decide to spend it with their friends instead.

You are the one who feels, says and does everything, yet what do you get in return? Disappointment. It's natural to make excuses for the people we love, but those excuses do nothing but help them, and hurt us.

We all deserve to be with someone who keeps the butterflies alive throughout the relationship, who understands we sometimes just need to drink a bottle of wine and re-watch "Gossip Girl" for the fourth time, someone who can still surprise us (and wants to) and most importantly, someone who appreciates every little piece of love we have to offer, even on the bad days. As Oscar Wilde says, “Never love anyone who treats you like you're ordinary."

Moving on is never an easy task, but it's always for the best. If you and your SO broke up, there was a reason.

No matter if there was disloyalty, lack of passion or you just couldn't stand his/her friends, it's time to move on. As nice as it is to stay friends and be civil after a breakup, sometimes that is the worst thing you can do. Staying civil means staying in touch. If you're still in touch, odds are your feelings aren't far behind.

Sometimes the hardest thing to do is the best thing for you. If a relationship (or friendship) doesn't nurture your soul or make you a better person, thank them for what they've done, and move on.

Not every friend you have in life is meant to make it to the end with you. It's strange how easy it is to be best friends with someone for 10 years, and then drift apart in one. Sometimes people come into our lives when we need them the most or to teach us a lesson, and then it's time for them to move on. It's as simple as that.

The Ones Who Are Constantly Negative

Negativity is the worst, and it's contagious. I fully believe in surrounding yourself with the type of people you want to be like.

Do you want to be more outgoing and a go-getter? Surround yourself with people like that. Do you want to be kinder and help the less fortunate more? Find people who do that, and befriend them.

Don't be friends with the girl who tells you that you look fat in a dress (when really you look fab), or the guy who tries to constantly hit on your girlfriend when you aren't around. Burn those bridges and don't look back.

The Ones Who Won't Stop Complaining

We all need to vent, but some people do more venting than listening ... a lot more. Make sure there is an even amount in your friendship.

If they never ask about how your new job is, the Tinder match you group texted about last week or that weird rash you had, odds are they don't give a f*ck, so why the hell are you still listening them?

The One You Hate-Hang Out With

LIFE HACK: You literally do not have to be friends with people you don't like.

It never ceases to amaze me how many people pretend to like people they genuinely cannot stand, and I'm not talking about being nice to coworkers. I mean hanging out with people who you want to claw the eyes out of every time they open their mouth.

We're adults, and the reality of adulting is we aren't going to like everyone, and not everyone is going to like us. Maybe you're the friend who vents too much, the Negative Nancy or the one whose eyes someone wants to claw out.

You do not have to be friends with everyone. Listen to your mom, and if you don't have anything nice to say, don't say anything at all.

Other Aspects Of Life

Family is forever, that is true. But sometimes you're family drives you absolutely f*cking nuts, and you need to put your foot down. I'm not saying cut them out of your life, but be strong enough to know when you should set boundaries.

If you're family always thinks they know you better than you know yourself, they're wrong. If they're still trying to convince you you made a mistake breaking up with what's-his-name who cheated on you three times, they're wrong. If your family doesn't understand your chosen career path, and tries telling you it won't work, guess what? They're wrong.

Even at your most uncertain times, nobody knows you better than you know yourself. We all love our family, but sometimes it's easier to love them from a little farther away. Whether they are acting on your best behalf or not, in the end, the only person you have is yourself, so make sure you're letting people into your space who completely understand you.

Jobs are important. Without them, you wouldn't be able to afford the important things like your rent, that new juice cleanse everyone is doing or your Kate Spade addiction (the first step to beating it is to admit it).

People think it's impossible to want a job that pays well AND satisfies your passions. Who says it has to be one or the other? You may have to start at the bottom of the latter and work your way up, but that's how you start with everything in life, so go for it.

If you're unhappy in the position you're in now, do something about it because standing around complaining isn't going to get you any closer to where you want to be.

Burning bridges is a messy, scary business, but if you do it right, you won't get burned. The flames are much more intimidating in retrospect, and in the end, it's all for the best.

Burning bridges isn't always a bad thing. Quite often, it makes you a stronger, better person who isn't afraid to let go of what no longer benefits you. Justin Timberlake would never be where he is now if he had stayed with *NSYNC (RIP).

In the end, sometimes you need to a burn a bridge to stop yourself from crossing it again. There are certain things you can not afford to go back to, and your happiness counts on this. So burn your bridges, and don't look back. You aren't going that way, anyways.