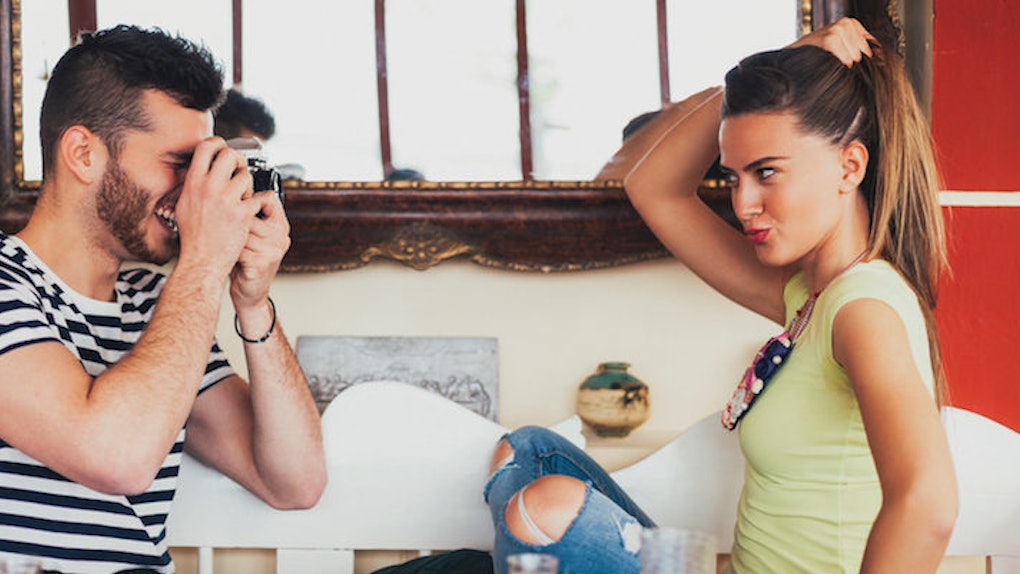 Bring Back Kodak: Why Disposable Cameras Are A Symbol Of Better Days

Enter our era of Instagram and instant gratification, and disposable cameras are deader than your forgotten Tamagotchi.

Sure, there might be the occasional wedding reception that revives this disused device like a fax machine on National Draft Day, but the last time I cranked that Kodak wheel, “Crank That (Soulja Boy)” was at the top of the charts.

According to emoji standards, the disposable camera is even too antiquated to attain an emoticon among the “bell category” screen of obsolete technology next to the floppy disc, CD Rom, VHS cassette and beeper.

Just because something is no longer used, though, doesn't mean its reverence should be any less recognized (pour one out for your Trapper Keeper).

The simple days of the simple box camera are gone, but not forgotten in this list of why disposable cameras were the best:

With only 27 precious exposures, you savored every photo like you savor every sip of Glacier Freeze Gatorade on the drive home from Mardi Gras.

You waited to wind the wheel to avoid accidental photos of the inside of your purse, and there were no do-overs because Becky might have blinked or Ashley thinks her arm looks fat.

No, you asked one friendly-looking onlooker to take one photo of your group, then moved on with your dinner. Photos were unrefined and unfiltered, like life’s moments we were trying to capture in the first place.

Not unlike other products sold at drugstores in tearable foil wrappers, tearing into the metallic wrapper of a disposable camera meant tearing into a world of excitement, anticipation and hopefully avoiding disappointment upon finishing.

Waiting to get a disposable camera developed often proved the greatest payoff of delayed gratification we are no longer afforded in our digital age. (No, #latergrams don’t count.)

Did Becky blink in that group photo at Medieval Times? Did that overexposed photo of you and your prom date turn out? Did that pioneer of the photobomb obtain ultimate douchebag status by sabotaging a photo you can never recreate?

Maybe, but you’re just going to have to wait a few weeks to find out.

Once you outgrew using disposable cameras for Girl Scout camp and started focusing your Fuji on prom afterparties and Smirnoff Ice Saturdays with the girls, adrenaline rushes always occurred after dropping your camera off at CVS, picking out your OG filter (glossy or matte) and picking up your photos a few days later (or hours later if you want to drop a little paper for one-hour development).

Your palms started sweating on the counter as you wondered, "What if the pharmacy photo technician is a narc?"

Or, you were flushed with fear your mom picked them up and saw the pics from the house party…at your house.

Or you lived in fear of the disposable camera data-breach of dad getting ahold of the whole roll from the Smirnoff-sponsored sophomore spring break.

At least once you were grounded, you had plenty of time to scan and upload those photos to Facebook.

Because you did have to individually scan and upload your photos to Facebook, only the strong snapshots survived for making Facebook albums.

Timelines weren't over flooded with over filtered photos of low-grade “#foodporn,” birthday collages, photos pleading for #likesforlikes or #fitspo photos at the gym.

In the days of the disposable, gym mirrors were used for fixing your form, not Instagraming your flex. Starbucks coffees were sipped, not snapped.

Eggs Benedict brunches were crushed, not captured on film. Bathrooms were for taking dumps, not taking photos.

Without a front camera or unlimited iPhone photo attempts, you sure as hell weren't going to waste one of your 27 camera clicks with your clique on trying to blindly fit everyone in the frame of a plastic, yellow, Kodak brick.

This meant if you wanted a photo of your friends, you actually had to interact with other humans before today’s species of serial selfiests evolved.

As the disposable camera goes way of the dodo and the Discman, pretty soon our arms will start mutating and lengthening to survive selfie selection of the vainest.

Ol’ boy Darwin would turn over in his grave at this theory, but probably take a Westminster Abbey burial site selfie first.

You can’t argue with math.

What makes me shudder more than the iPhone shutter is the iPhone flash at concerts.

Gone are the days of waving lighters in the air at shows; alive is the era of blinding the audience for your Snapchat.

With no zoom, no focus, no preview and no video camera, no one spent an entire concert trying to capture his or her favorite single on a single-use camera.

Instead of reveling in the recent Rolling Stones reunion tour, people were rolling so many crappy cellphone videos and Snapchats, by the end of it, I had the whole show under my thumb.

Concerts are just one of the many moments we constantly try to capture, despite knowing no quality of iPhone footage will ever accurately depict.

What are these Snapchat shutterbugs and concert cinematographers going to do with this sh*tty footage anyway? Does anyone ever actually go back and watch the out-of-focus footage from the back row of the Beyoncé concert?

So maybe we should start treating our iPhone cameras like disposable cameras, choosing your photos wisely, side-stepping the selfie and only posting life’s mileposts we’ll be sure to behold.