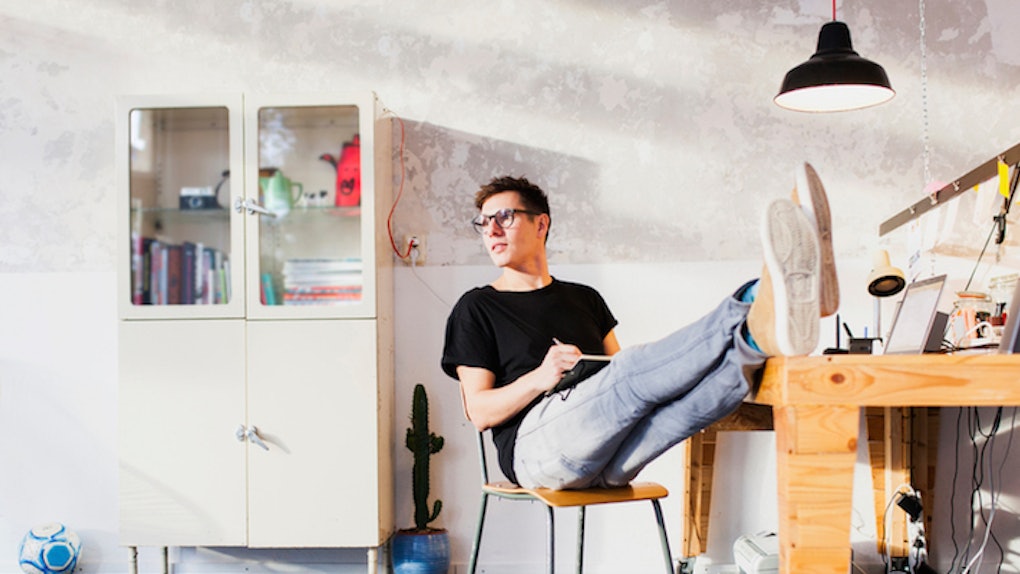 I am not going to tell you by reading these books, you will singlehandedly become the next Steve Jobs.

At the end of the day, a book is merely a font of knowledge. What you do with that is up to your own drive and intelligence.

But knowledge is power, and these books can teach you so much about business. A good business book can show you strategies and tips you could have never come up with on your own.

Here are five books that you should take the time to sit down, pore over and learn from.

1. "David and Goliath: Underdogs, Misfits, and the Art of Battling Giants" by Malcolm Gladwell

Gladwell discusses the famous story of David and Goliath, noting how while we may view it as a classic underdog story, the truth is David had the advantage in being smaller and armed with a better weapon. Even disadvantages such as dyslexia can actually become an advantage when you look at individuals like Charles Schwab and Richard Branson.

Speaking on the book in an interview with Inc., Gladwell explains,

The things that are in your heart or your soul or your imagination are every bit the equal of the material advantages that you've been given.

You may work 9-5, or even more than that if you're running a business, but how many of those hours do you really spend being productive? A 2015 survey found 89 percent of employees admit to intentionally wasting time at work, and that is just the time they intentionally waste.

But employees waste time unintentionally all the time, as Tim Ferriss observes in this book. Tim points out that far too often, we think about productivity as the amount of time needed to do something as opposed to the amount of effort.

You probably won't get down to working four hours per week, but by thinking about your priorities and not just trying to be “busy," you can really start to slim down your hours worked.

3. "Zero to One: Notes on Startups, or How to Build the Future" by Peter Thiel and Blake Masters

Peter Thiel may be the most famous author on this list, but there is no doubt he is the most controversial given his various political oddities. But that doesn't stop much of this book from being an interesting and informative read that offers new perspectives.

Perhaps the most important section is where Thiel talks about marketing. He points out business leaders all too often try to be creative, which is good, but then don't focus on how to actually make it appeal to the customers.

Thiel's political views definitely show up in this book, and you may want to take those sections with a grain of salt. But there is no reason any business man should ignore the advice of someone who has been so successful and offers a new perspective.

4. "Steal Like An Artist: 10 things nobody told you about being creative" by Austin Kleon

It is often said there are only seven stories ever created in fiction, and the fact is no one comes up with an idea completely out of the blue. And Austin Kleon emphasizes that no one is completely original in this book, which has been marketed “for creatives seeking advice on how to be creative.”

As a business owner with a new idea, you may be scared it is not original enough or just a rip-off of something else already done. But Kleon points out you shouldn't feel pressured by the desire to be creative. In fact, it can be detrimental if it conflicts with the need to do the boring work that comes with running a business.

Don't hesitate to be influenced by the world around you when you plan your business, as that is what everyone successful does anyway.

5. "How to Win Friends and Influence People" by Dale Carnegie

There's a decent chance you have probably read this book already, but Carnegie notes at the beginning that this is not a book you can just read once and throw away if you intend to get the most out of it. Instead, you have to really think about the tips he describes throughout the book and actively try to use them in both business and your day-to-day life.

Carnegie's book could be summed up with the simple fact we pay too much attention to ourselves and not to others. But that fact is so crucial, all people in business should take the time to go over how they can really cater their businesses to appeal to others. As Thiel noted above, marketing is far more important than we like to give it credit.