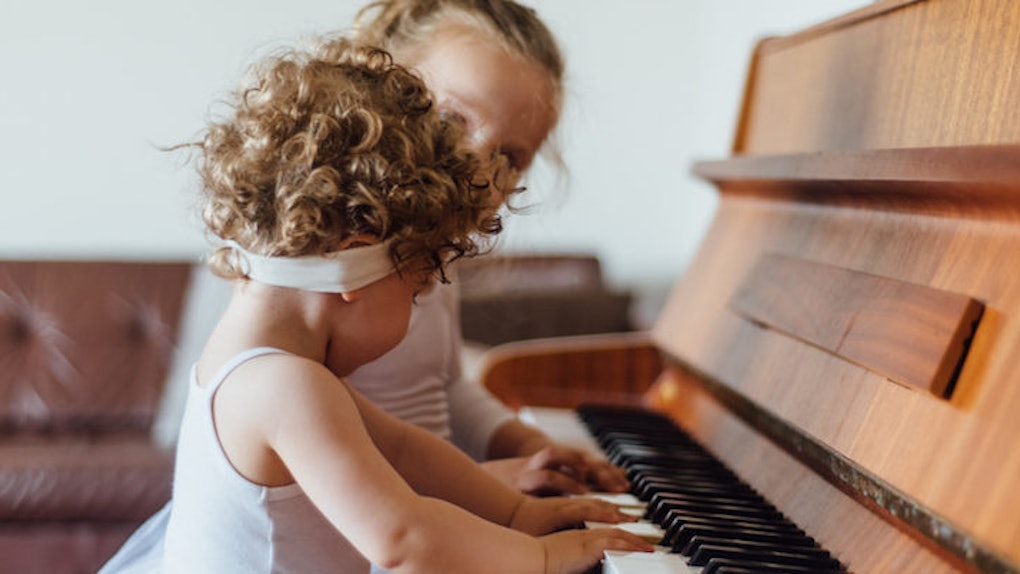 A few weeks ago, I was bombarded with photos of major landmarks basking in a blue glow. Rockefeller Center, Sydney Opera House, Shanghai Tower, Canada's CN Tower all participated in Autism Speak's annual Light It Up Blue night. It's sweet and inclusive, but I don't support it. Despite being the very proud sister of a 20-year-old with autism, I did not participate.

Autism Speaks, one of the world's largest autism charities, has a pretty regular history of controversy. Autism Speaks is a charity where the chief science officer made an almost $400,000 salary, "more than any of the organization's 257 other employees, including Autism Speaks president Mark Roithmayr."

Autism Speaks is a charity that took 10 years to include actual people with autism on the board. Sure, the CEO probably works very hard and several board members have autistic children, but considering the unemployment rate among people with autism, you'd think Autism Speaks would be a place for autistic people to earn a living and have a chance to represent themselves.

Although it may be hard to get mad at a charity who is trying to help a good cause, the rhetoric coming from Autism Speaks is disappointing at best. In short, many critics have stated that Autism Speaks promotes fear. In 2010, Ari Ne'eman's Autistic Self Advocacy Network said:

Groups like Autism Speaks choose to use fear and stigma to raise money, but very little is going toward services, research into improved educational methodologies and things that have a practical impact on our lives.

In one of its controversial videos, "I Am Autism," we hear autism promise to bankrupt you, destroy your marriage and friendships and eliminate all hope from your life. Autism Speaks turns autistic people into villains and parents of autistic people the heroes — or worse — the victims. In my opinion, it equates people with autism to be "missing" or "ill," when in reality, they're real, complete people. Considering a common feature in the autism community is the difficulty to pick up and comprehend social cues, you'd think Autism Speaks would be a little more autism-friendly in its mission statement.

Before you shrug everything off, I haven't even gotten to the spending habits of Autism Speaks. It spends a lot of money on research, which isn't bad until you learn it was still researching the connection between autism and vaccines as recently as 2011. The Centers For Disease Control And Prevention (CDC) maintains there is no link between vaccines and autism.

In 2014, Autism Speaks spent less than $4 million on family grants and services, slightly less than the amount it spent on travel, lodging, catering and postage combined. That isn't a lot of money considering it spent $114.5 million in total that year. It's even smaller when you consider the cost of raising a person with autism. Medical journal JAMA Pediatrics determined the lifetime cost to raise a child is $1.4 million. Throw on another million if your child has an intellectual disability, which affects 40 percent of the autistic community.

So, $4 million covers two children that Autism Speaks so desperately wants to help. According to a 2008 survey entitled "Living With Autism," 61 percent of the parents admitted to incurring debt to meet their child's financial needs. If a charity actually wants to change lives, it needs to directly help the families. That means providing funds to the people who need and deserve it.

There is no such thing as a perfect charity. Every charity has its own set of problems, and more than a few have had their share of controversies. But, the autistic community has demanded and deserves change in these practices.

So, thank you for lighting it up blue, for painting your nails blue and for wearing blue on World Autism Awareness Day. The CDC claims autism affects one in every 68 children, so I think it's safe to say we're all pretty aware of autism. It's time Autism Speaks steps up and starts the campaign to accept autistic people the way they are.