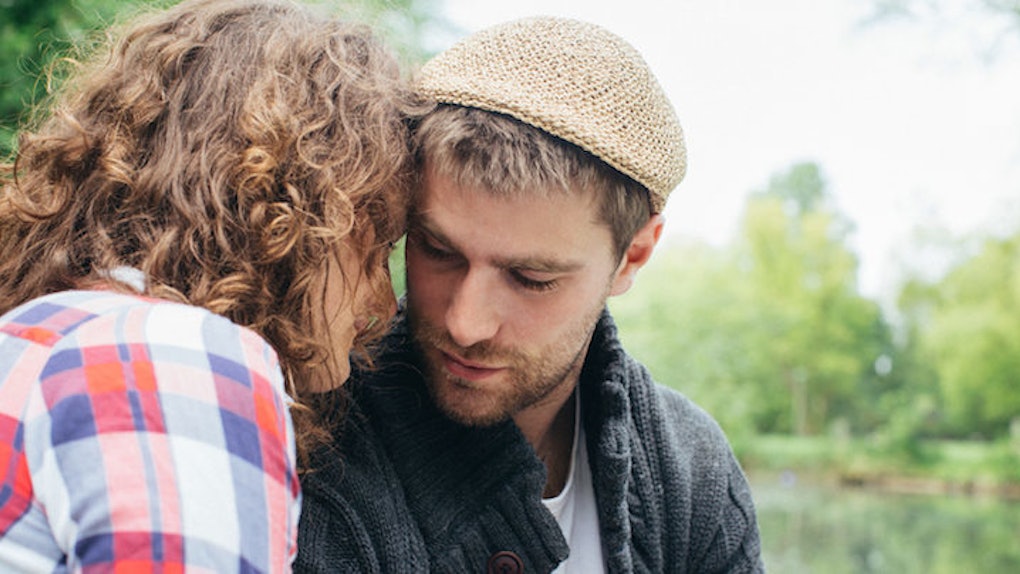 Don't Say Sorry, Be Sorry: Why Apologies Are Meaningless Without Action

I’ve never gotten too hung up on apologies.

After all, I’ve always felt actions speak louder than words. As nice as it may be to hear those two special words -- “I’m sorry” -- ultimately, they’re just that: words.

Of course, there are times when people you care about might’ve done something they regret, and their apologies were genuine. But, at the end of the day, apologies are meaningless unless they prompt new action -- and a lot of times, they don’t.

From very young ages, we’re taught to apologize after doing something wrong -- whether it’s a horrible act or even something petty -- to the point where apologies almost feel like formalities. It’s as if we’re accustomed to saying “sorry,” but not always accustomed to feeling remorse.

Personally, I’ve never held a grudge against someone on behalf of his or her inability to say those two words. That’s always seemed kind of petty.

If a person did something so lousy to me, to the point where I felt this person needed to rectify his or her actions, words could only go so far.

When apologies are actually genuine, though, they’re some of the most powerful displays of affection that people can make. Apologies prove that a person cares enough about someone (or something) to push his or her pride aside and work toward a resolution.

For instance, if your significant other acts irrationally in haste or says something he or she truly wishes went unsaid, you’ll probably know it’s genuine, instantly. While they say true love seeks no apology, it’s always a warm feeling to know your partner is aware of his or her own shortcomings.

Still, I’d rather pay attention to a person’s own actions in the time that comes after a particular wrongdoing instead of getting hung up over a few words.

I mean, when someone isn't actually apologetic, are the words “I’m sorry” truly necessary?

Well, according to a licensed professional counselor, Ugo Uche, in Psychology Today, the answer to that question is yes.

Although unapologetic apologies may come off as “fake” or insensitive, verbal apologies are necessary to encourage remorseful action. Uche says that even when the person apologizing doesn’t feel as though he or she did something wrong, apologies “bring us a step closer toward his [or her] feelings matching with his [or her] actions.”

I see where he’s coming from. If people never admit they’re wrong or look to make amends, it will only be a matter of time before they lose their general awareness of how their actions affect the people around them.

People who don’t filter their own comments or respect the feelings of others can easily lose sight of how their own behavior resonates with certain people. Apologies remind us to be conscious.

When it comes to more serious matters that require apologies, however, it becomes more complex.

If someone commits some atrocious act -- deeper than name-calling or something petty -- and doesn’t feel remorse toward it, I’m not sure that Uche's “unapologetic apology” would do the trick. At least not for me.

Mind you, I’m talking more serious things -- things like cheating in a relationship or the loss of trust between friends. For matters such as these, the words “I’m sorry” represent only a small portion of the picture.

I’ve always believed the best way to show someone you’re sorry and regretful of some particular action is to prove it by avoiding that same action in the future.

If you violate somebody’s trust, sure, apologizing might be the right thing to do, but it won't turn back time and mend the rift in trust that a past action might’ve created.

Things like the loss of trust require time -- and a concerted effort -- to repair. But as Uche writes, the verbal apology might be a necessary first step.

He then goes on to discuss the importance of things like “public apologies.” Although the majority of people who make public apologies are probably reading aloud the words of some other person (especially celebrities and public figures), Uche still believes they’re crucial parts of the whole remorse process.

“While a public apology may seem trivial,” he writes, “it has a powerful effect on the person making the apology, as it internally puts the apologizer at odds with his or her beliefs.”

I can see where he's coming from, but I don't agree. These public apologies may have "powerful effects" on the person apologizing, as he claims, yet I question their effect on the people they're directed toward.

I mean, when was the last time a politician made a public apology on the heels of some scandal that was strong enough to encourage an entire nation to simply forgive the politician for what he was apologizing for?

Like I've mentioned throughout, apologies are things that should be said as a way to display awareness and self-consciousness, but hardly can they compensate or make up for the actions that should follow them.

So, although I never get too hung up on the words "I'm sorry," it's impossible to say that I don't appreciate hearing them.

But unless they spark new, more thoughtful, action, in the end, they're, again, just words.