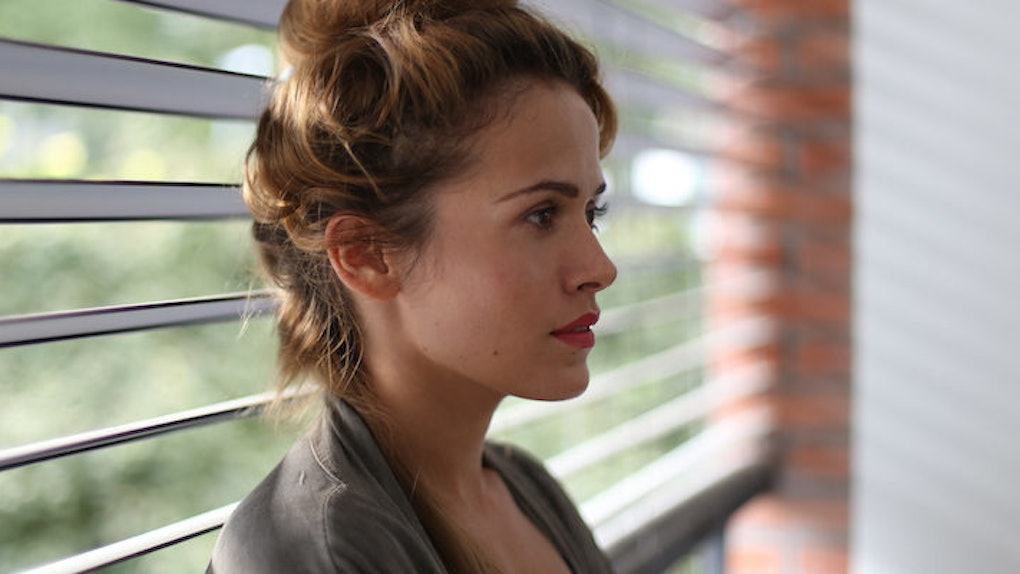 There are two types of people in this world: Those who put the new toilet paper roll directly on the holder and those who just kind of set it down nearby for awhile.

OK, there are probably a lot more kinds of people than that, but my point is that some of us are better at adulting than others.

I myself am your garden-variety womanchild. My purse is full of garbage, like crumpled receipts and frayed, unwrapped tampons. I still feel overwhelmed by basic tasks like making doctor's appointments and going to the post office. I don't shower as often as I probably should. But nonetheless, at 32 years old, I am indisputably an ~adult~.

In fact, as the mother of a 4-year-old, I'm even responsible for another small human being. Nothing makes you feel like a grown-up faster than realizing that another person has just vomited all over himself and the bed (and is crying at top decibel) and there's nobody but you whose responsibility it is to clean it up.

Despite the fact that most of us are walking around feeling like a kid standing on another kid's shoulders under a trench coat and posing as a real adult, we all have these little moments when we realize: Yep, it's true, we're the grown-ups now.

Here are a few more times it happened to me:

When I realized I had memorized my social security number.

Kids don't fill out forms. The littlest ones can't even read. You know who does fill out forms? Adults. We fill out endless forms -- at the doctor, at our jobs, when we apply for credit cards -- and they all require us to put in the same information over and over.

Until one day, you look up and you realize that what was once a long string of numbers you had to call your mom or check a card for now LIVES PERMANENTLY IN YOUR BRAIN. You're an adult, bro.

When I had my own phone on my desk for the first time.

This is probably already an outdated example because #oldmillennial. And the desk was actually a cubicle. But when I started my first job, editing test preparation materials for grades K-12, I remember feeling like a real adult lady having my own desk phone and a work number. Also that job was as soul-draining as it sounds.

When I got my first job where my pay wasn't measured by the hour.

It wasn't much of a salary, but it was a salary. A 5-digit number that accounted for the whole year, instead of the dollar-per-hour amounts I was used to. Plus I got that sweet desk phone.

When I bought my own drugs for the first time.

In retrospect, this pride was misguided. But after years of mooching off friends and strangers, having my own "guy" to call and purchasing mind-altering substances that were mine, all mine, felt quite mature at the time. Sort of like that episode of "Broad City" where Abbi decides to buy her own weed and Ilana does her taxes. Which reminds me...

When I did my taxes for the first time.

Well, kind of. I send it to an accountant. That sh*t is complicated. I pay a guy like $300 and he gets me thousands back. It's the best. Plus saying "my accountant" makes me feel SUPER-adult.

I asked the guys and girls around the office and found out everybody had their own examples of that moment when they truly felt like a grown-up. Below, all the times when people felt like they'd finally unlocked the "adult" achievement, for better or worse:

"When I was forced to buy plates."

I first felt like an adult when my roommate moved out early. I realized I owned neither plates nor silverware, leaving my eating options practically nil. Then I went shopping for the two, only to realize how absurdly expensive plates are. It was a tough day, let me tell you.

"When I stopped being financially dependent on anyone."

I felt like a real adult when I was paying every single bill by myself. realized I was 100% on my own. I didn't need a co-signer on my apartment, I was the main contact on our family phone plan, and I had health insurance and a 401k from a real job.

"When I got my first business card."

"When I realized what I deserve out of a relationship."

The first time I truly felt like an adult was the first time I was able to break things off with a guy at the first sign of him being mean/rude to me. I was 23, and it was right before he was supposed to be my date to my birthday party, but I knew I had to do it, and the fact that I was strong enough to do it really shocked me and was a true turning point in how I handled relationships.

"When I learned how to wear red lipstick without it smearing across my face."

I learned it was all about the LIP LINER, and only grown-ups wear/understand lip liner and its general value in the world.

"When I had a CVS Extra Care Card that I didn't LOSE."

"When I had a fancy designer wallet."

Wallets are very grown up. So are watches.

Cleaning up dog sh*t really made me feel grown up.

"When I moved to a new city all alone."

I moved to LA by myself and survived (barely). It let me know that I could really handle anything because even though I make stupid choices from time to time, I'm in control of my life and can really do anything I want.

"When I started making my bed because I actually wanted to, not because anybody was forcing me."

"When I started cooking and genuinely loving it."

"When I leased my first car and got car insurance."

Without my parents' help. I got a STELLAR deal, too.

"When cleaning my apartment gave me the utmost feeling of self-fulfillment."

"When I bought my own plane tickets."

Traveling on your own when your parents are paying for it as already one level of independence, but being able to afford the plane ticket for your own independent adventure is something else.

"When I broke up with my boyfriend because I didn't see us having a future (even though I loved him)."

"When I received my first student loan bill in the mail."

"When I no longer sat at the kid's table for the holidays."

Woohoo, this is really big!

"When I realized I didn't have to have a response for everything."

I'm a chatterbox. It makes me inclined to say something about everything I hear, whether or not what I have to say is anything of substance. I felt like an actual grown-up when I realized that not everything ever said warrants a response, and knowing when not to speak is an important trait. Sometimes having nothing to say is better than saying anything at all.

"When I finally got a job that offered health insurance."

"When my older cousin had his first baby last month."

I realized I am no longer the baby of the family which is a pretty awesome feeling.

"When the bartender at my local first said hello to me by name."

"When I bought sheets and towels for the first time."

"When I got so excited to try out a new grocery store that had just opened up in my town."

My boyfriend and I were walking through the aisles checking out all the products, literally just oohing and ahhing. We found chicken cutlets for $4 and completely lost our minds. It was the highlight of our week.

"When I started getting calls from debt collectors."

"When I finally finished the payments on my furniture in my apartment."

Nobody told me when I was younger that couches, beds and nightstands don't just magically appear in your house. I can now proudly sit on my comfy blue accent chair after giving my first born child to Jennifer Convertibles.

"When I purchased white and red wine for the house just to have casually."

"When I got excited about my new $30 hampers being delivered."

"When I decorated my own apartment."

I realized I was in charge of this space and I could decorate it however I wanted. Furthermore, I had to figure out a way to do so within my own budget.

"When I found all my own doctors and said bye to my pediatric playhouse."

"When I started making salad dressing from scratch."

"When I bought a bed skirt."

Is that an adult thing?

"When one of my best friends was the first in our squad to get engaged and married this past year."

"When I started buying toilet paper before I ran out of it."

I used to resort to using up all the tissues/paper towels in my apartment before finally going to the store to get more.

Tell us in the comments: What was the moment when you first felt like an adult? Or are you still waiting? It's OK if you're still waiting.