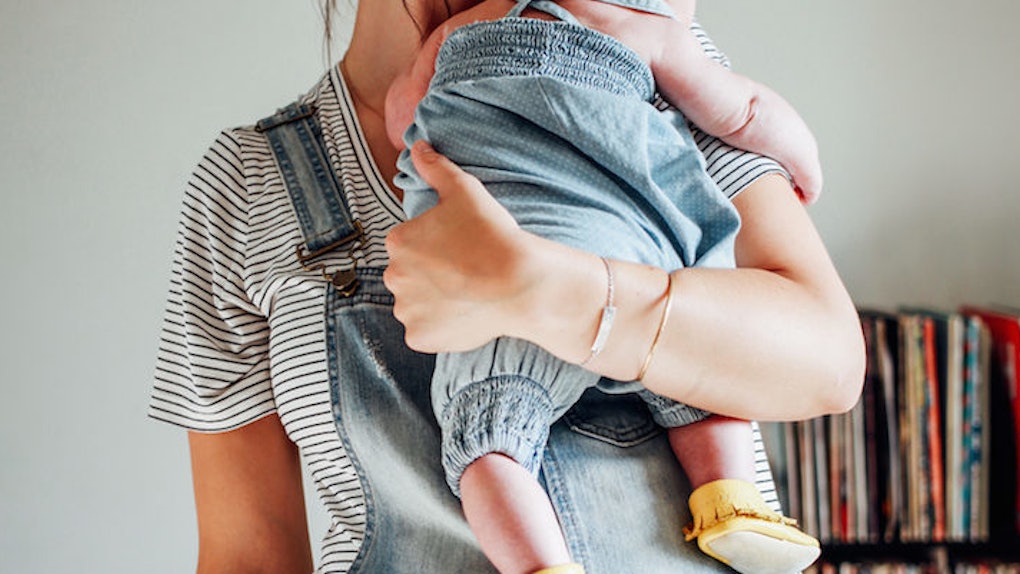 10 Things To Know About The Adoption Process, From A Birth Mom

I'm going to start this off with a confession: I wasn't adopted.

I was, in fact, the birth mom to a little girl who was.

Having found out that I was pregnant seven months in, I didn't have the option to abort.

So, I ended up giving her up for adoption to an LGBTQ family who wanted a child.

There are a lot of things people don't tell you about the adoption process, and I feel it's my duty as a birth mother to tell others what the truth is and how it changes everyone's life.

1. It's not usually random, and we don't just leave babies on church doorsteps.

I was very shocked at how many people think parents who give their kids up for adoption just drop them on a doorstep, a garbage can or something else along those lines.

A lot, if not most, adoptions are now done through private agencies.

The birth parents typically will interview and pick the set of parents they feel will have the best to offer their child.

I've met with several potential families and had to screen them pretty hard before I made a decision.

What really shocked me was realizing how much a single child's birth can impact dozens of lives.

2. If you want to get a birth mom's blood boiling, tell her she's neglectful for choosing adoption.

There is a massive, pervasive stigma about parents who give their kids up for adoption and it's so wrong.

Neither the birth parents nor the adoptive families choose adoption at random.

If a parent doesn't have the money to feed the kid, or would seriously be unable to provide without welfare, adoption can be a better option.

There's no reason not to give your kid all the opportunities in the world. We don't live in a world where a person on welfare will have the same opportunities as a millionaire.

Birth parents had to make a very difficult, selfless choice to give their child to a family that would be able to provide for them.

If that's neglectful or selfish, feel free to tell me how that works.

3. If you want to get an entire adoptive family's blood boiling, tell them adopted kids and/or adopted parents aren't "real" members of the family.

Not kidding, someone had the audacity to say that to my face.

Let that sink in for a moment.

4. People are really ignorant and hateful toward birth moms  -- especially if they gave a child to LGBTQ couples.

I've faced a lot of hate from people who I never expected it from because I chose adoption. It's even worse at times when they find out about the adoptive parents are gay.

I had to end friendships because they wouldn't stop telling me how I "abandoned my baby."

Though it's a shock when it happens, I don't consider it a loss when I lose friends over it.

There's no loss in unfriending a narrow-minded, judgmental person.

5. Truth be told, I gained new family members in the process.

I am a part of my daughter's life. I love her new fathers with all my heart and we regularly meet up. She's growing up in a beautiful, diverse, multifaceted, happy family.

I love getting updates from them.

I love seeing my daughter, and both my biological and adoptive family are pretty content with the arrangement we have.

I also consider my adoption counselor a member of the family as well.

6. My daughter has an awesome set of parents.

She has three dads and one mom. How cool is that?

Granted, it might get weird when we all meet her prom date, but assuming the poor kid doesn't piss his tuxedo, it'll be alright.

7. Having a kid also straightened me up.

I am trying to be a role model for her now. Back in the day, I was anything but one. I credit my daughter, her dads and being a graduate of the "school of hard knocks" for that.

8. Having to give a kid up for adoption hurts -- badly.

I'm still dealing with the pain, but I know it's better this way.

Even if you get to see your kid, it still will hurt. It's a big sacrifice.

I'm just glad my newly expanded family is there for me every step of the way.

9. It shocked me that so many people are looking for adoption.

I'm not going to lie, a large percentage of adoptive families I saw were LGBTQ -- just like me. When I was first browsing families, there were about six couples to each birth mom looking for a baby, and that broke my heart.

I can't help but wonder how many kids are growing up in broken homes that could have been brought up in happy adoptive families. It made me really wish more people would see this as an option.

10. There's an odd kinship between people who were adopted and birth moms, even if they aren't related.

This has been my experience, anyway.

There's always that unique camaraderie that comes with going through hardship, as well as that unspoken understanding that things were done in the best interest of everyone involved.

It's comforting knowing you're not alone, even though it often feels like it.

I know not all adoption stories are so great, but mine actually turned out pretty good for everyone involved.

The only thing I would really improve these days is the way others see it, because honestly, it's hurting both kids and parents alike.

So before you judge, could you give us a little empathy or understanding?

Adoption's an option for a reason; it can be a beautiful thing.