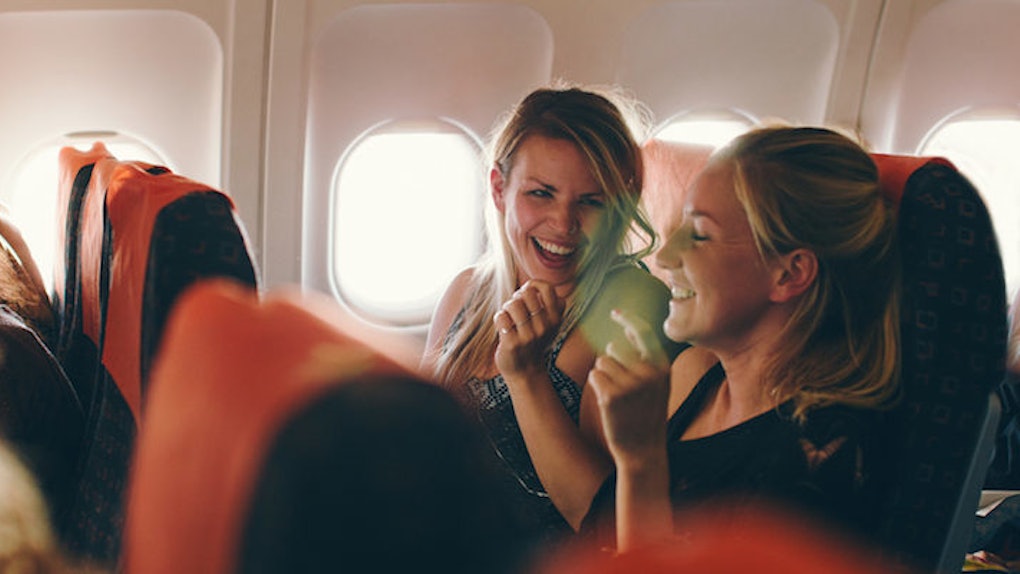 Vancouver, British Columbia, has made the " best cities to live in" category time and time again. As a Vancouverite myself, I can vouch for that. Though it is said to be one of the most livable cities in the world, it's also known as one of the loneliest cities.

One study showed that the top problem that Vancouverites face is not crime, poverty or homelessness, but that people are lonely. They feel disconnected and isolated.

I took it upon myself to look into something that I had never noticed or thought about before. Why are people lonely? For the first time in over 20 years of living in Vancouver, I paid close attention to my surroundings. I started to observe people and interactions everywhere I went.

I first noticed was that 90 percent of people were either absorbed in their own worlds or absorbed by their friends/familiar people. Few really noticed anyone outside of their own bubbles, let alone acknowledged them, including myself.

I wondered, "Are people just scared of strangers? Perhaps this is the result of fear from sensationalized news and media? Or maybe people just don't care." Even if I live in one of the loneliest cities around here, I figured I could at least try to make it a nicer place.

That turned out to be the best thing I ever did for myself.

I started with a simple smile, anywhere I went. Honestly, its a shame to say that I actually wasn't used to smiling to random strangers, so this was something I consciously practiced.

Of course, some responded with the awkward "why-are-you-smiling-what-do-you-want-from-me" reaction. Then, there were the ones who looked on as if they never saw you, despite clear eye contact. However, there was occasionally one person in a sea of unresponsive, creeped-out strangers that gave me a beautiful, genuine smile in return. And that made it all worth it.

As I went about my daily routine, I noticed that more people were smiling back at me. People in general seemed more friendly. I went mostly everywhere with a smile. (I had my days.) I noticed more strangers would start conversations with me or ask for directions more often. I realized that I had built an unspoken rapport with strangers with my smile and energy alone.

I suppose when you come across a stranger that walks around with a smile on their face, you're drawn to the positivity. When you give off genuinely good energy, you will receive good energy in return. When I walked around with my "resting bitch face," as some told me I had, people were not as friendly or open with me. That ultimately guided my beliefs about strangers.

The truth is that we all desire social connections. We were made as humans to give and receive love, to be in community and to feel like we belong. In my opinion, sometimes the best kind of connection is that which we share with strangers. It could be a fleeting moment, a surface-level connection or it could open a door to a beautiful friendship or even something deeper. Either way, I realized that there were many beautiful moments I missed out on in the past that could have positively affected me.

Before this personal experiment, I held the subconscious belief that strangers were all "mean." I thought that no one truly cares for you if they don't know you and that we were all constantly judging each other. I was indifferent and went about my own business, consumed in myself.

I realized after this experiment that 90 percent of people are actually quite amazing. It's just that 80 percent of those people won't be the first ones to start an interaction. Really, it's up to me to start all the interactions I want.

Later, I bumped myself up from smiling at strangers to starting small-talk. All I truly desired was to make someone's day a little brighter, or at the very least, have a nice laugh. Eventually, I started to actually make friends with random people at some of the most random places, which made for great stories and great times.

Some of these friendships were momentary. They were there for the purpose it served and ended soon after. Then, there were friendships that I made with people not even from my city whom I met up with later when I happened to travel to their countries.

For me, this is what made the city a friendlier, less lonely place. Most times I had to initiate the friendliness to be able to see that a lot of people were actually quite nice and friendly too.

As it turns out, Vancouver is a pretty friendly city after all, if you choose for it to be.