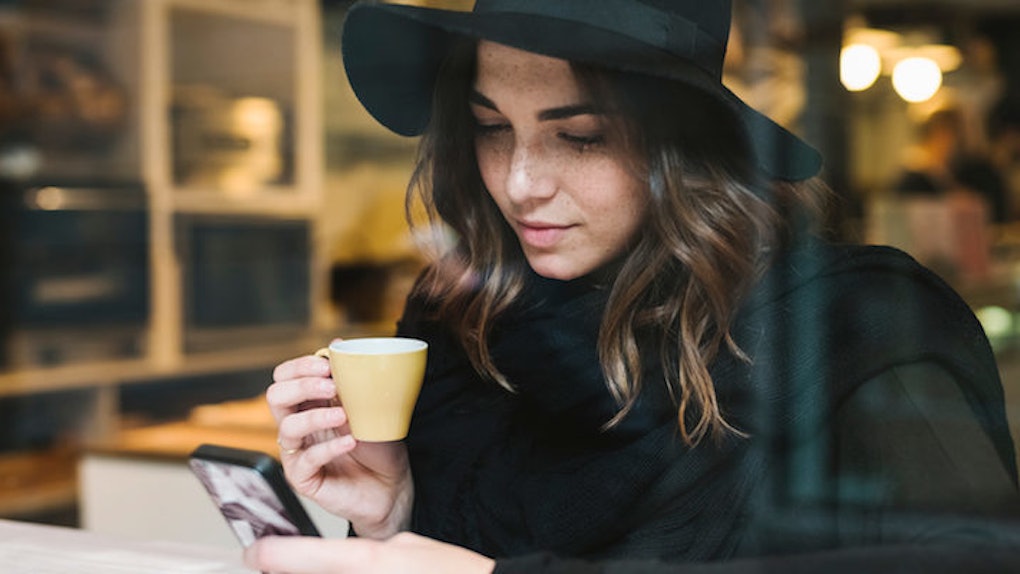 Drink Up: 6 Scientific Ways Being Addicted To Coffee Is Good For You

I'll say it; I'm not afraid: I am straight-up addicted to coffee.

It gives me energy and life, and it probably holds some magical powers inside those wondrous beans. Coffee is my best friend who won't give me side-eye if I say something dumb. Coffee is bae.

According to the National Coffee Association's 2013 study, about 83 percent of adults in the US identified as coffee drinkers, a jump from 78 percent the previous year.

With this nugget of information, I surmise I can't be alone in feeling the love for my morning cup of joe.

But, unlike other addictions, or say, a relationship with a toxic frenemy, an addiction to coffee isn't so bad. Here are the reasons why:

1. It reduces your chances of developing a whole slew of medical conditions.

Yeah, making time for your Starbucks run is shown to act as a preventative measure against these conditions.

Also, there is evidence that coffee drinkers will be 65 percent less likely to develop Alzheimer's disease and dementia later in life. Those magical little beans keep your brain sharp and your heart strong.

This is a no-brainer, but it's important to mention because everyone wants a best friend who will help him or her soar.

Studies show those who reach for a cup of joe in the morning perform better than their decaffeinated counterparts. So, yes, drinking coffee could be the key to nabbing that promotion over your coworker.

3. It also makes makes you smarter.

There's even an IQ test you can take online in two parts: one au naturel, and the other while under the (caffeine) influence. The test will then compare your performance, likely providing tangible evidence of these, perhaps, largely unnoticed benefits.

4. Coffee can help you lose some stubborn pounds.

It's high time to kick those diet sodas and expensive juice cleanses to the curb.

Reaching for your coffee mug instead can boost the metabolic rate from anywhere between 3 and 11 percent. Some fitness experts even recommend downing a cup before hitting the gym; you'll work harder and burn more calories.

Furthermore, a cup before the gym will also increase the number of fatty acids in the bloodstream, allowing you to workout for longer. How's that for motivation?

5. It has tons of antioxidants.

Aside from the usual "nutrient-deprived, fast food-loving Americans" argument, coffee may be one of the best and most convenient sources of antioxidants you can get your hands on.

This is because the antioxidants in coffee are absorbed by our bodies more than in fruits and veggies.

Drinking your morning coffee could be better than piling veggies on your salad at lunch? I'll gladly drink to that (and then order a pizza).

This is the ultimate sign of a best friend. A best friend makes you feel warm and fuzzy on the inside, not jealous or insecure. To compare with another vice, our toxic friend called alcohol, both may cause an immediate happy buzz.

Yet, the buzz from alcohol will plummet, leaving you with feelings of depression or anxiety the next morning, largely due to chemical imbalances in the brain.

Our best friend coffee won't ever make us feel this way. Coffee drinkers have a 10 percent lower depression rate, thanks to those trusty, good-for-you antioxidants.

Thanks, coffee.  We love you.