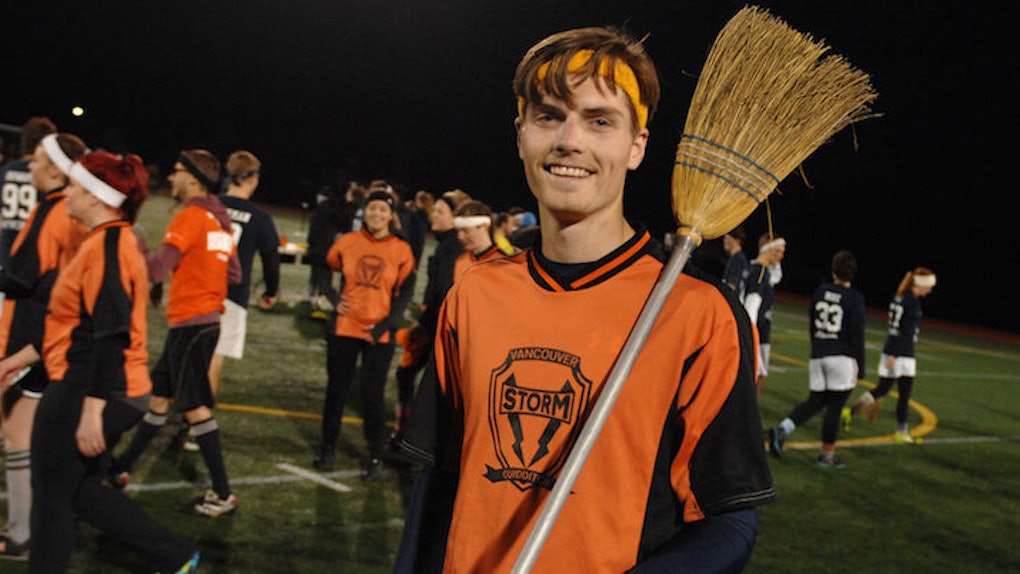 Being the new kid on campus is as freeing as it is overwhelming. There are few experiences in life more exciting than breaking free from parental supervision and starting out with a clean slate. College is a four-year transition into adulthood that is yours to control, and there are many directions you can take.

Incoming freshmen should not worry about a lack of hobbies or campus clubs to kill spare time between classes. These days, no matter what your interest is – computer games, skydiving, academic pursuits, zombies, nature or even "Harry Potter" fan fiction – you can bet there's a university club for it.

Here are five of the most unique university clubs and activities I've come across in my research so far:

Humans vs. zombies is the campus activity that answers the prayers of “The Walking Dead” fans everywhere. Like a game of tag on steroids, humans vs. zombies is a weeklong adrenaline rush complete with Nerf guns, designated campus safety zones and team alliances.

All players – with the exception of one “original zombie” – start the journey as humans. The game ends when all humans have been tagged by zombies, or all humans have completed their missions and survived the week. Since its creation at Goucher college in 2005, humans vs. zombies has been played at over 1,000 locations across six continents.

The muggle adaptation of the magical sport from "Harry Potter" has taken college campuses by storm since it started at Middlebury College in 2005.

A combination of lacrosse, dodgeball and rugby, Quidditch is a co-ed, full-contact sport. The team consists of: one keeper to guard the team's hoops, one seeker to catch the elusive golden snitch (a person dressed up with a tennis ball in a tube sock attached to their waist), two beaters to block the other team with dodge balls and three chasers to throw volleyballs through the opposing team's hoops and score.

It's a game that requires both mental and physical agility, and yes, brooms are included. The official governing body for the sport, US Quidditch, has almost 200 teams nationwide with over 4,000 athletes.

League of Legends, a multiplayer online battle arena video game, is the reigning champion of online sports. In 2014, over 27 million watchers worldwide tuned in to the final round of the League of Legends world championship in Seoul, South Korea.

To put that into perspective, the final championship round garnered a larger audience than either the World Series or the NBA finals. So the fact that it's a huge hit with the college gaming crowd is no surprise. For the hardcore gamers, there's a perk to this: Several universities now offer scholarships dedicated to League of Legends excellence. Even better? Some colleges offer an information technology degree with cyber gaming as a concentration, so you can turn your video game passion into your career.

Although squirrel feeding has a long history on the University of Michigan campus, it wasn't until two students created this club in 2002 that the hobby began to pick up speed. By 2004, over 400 members joined the club, making it one of the largest student organizations at Michigan.

Today, it's the perfect club for animal lovers who go nuts over feeding and watching these rodents in their natural habitat. Dedicated to the welfare of the squirrels, members can expect these club meetings to include nothing but fun and the sheer joy of feeding peanuts to resident squirrels.

Not even a bad exam grade can bring Northwestern University's happiness club members down. Since 2010, this nonprofit student group has brought free hugs and smiles to stressed out students around the Northwestern campus.

Club members host annual events where you can relive your childhood with sidewalk chalking, jump rope, hopscotch and four-square, among other carefree activities. If you're looking to make a new friend, or simply just need a pick-me-up, these guys make it easy.

I've found that when it comes to campus clubs and hobbies, the sky's the limit. Starting out in college is a huge adjustment, and getting active with campus activities is a great way to find your niche and relieve the stress of adult responsibilities.

Getting involved is also a fantastic way to put your leadership skills on display. So, that unusual hobby you have? It may just be the next big campus tradition.