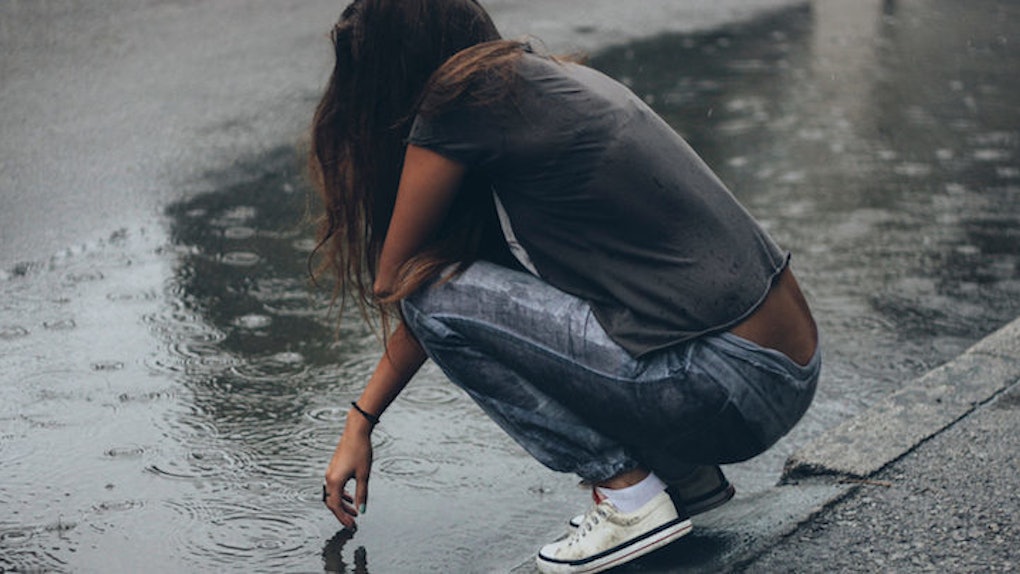 5 Reasons People Keep Taking Advantage Of You In The Workplace

I taught English for a year in Brazil, and I didn't get along with my boss. I thought he didn't prepare well for the lessons, and I believed he was inconsiderate. I did try to get along with him a lot, and I started meditating. I tried to rework all the lesson plans to prepare better and show him changes needed to be made. None of it worked.

I realize now that he didn't believe I had any other options, so he didn't need to change his behavior. It was a simple matter of power dynamics. If I had gotten my own clients on the side, I would have suddenly had the power to renegotiate with him (or just leave).

The best thing I could have done was to disintermediate. Disintermediation is a $4 word that really means cutting out the middle man. If you want to improve the outcome you're getting, you don't ask for people in power to be “nice,” “fair” or "just."

1. Individual agency has just accelerated, and nobody told you about it.

You can say that 500 years ago in the West, only the Pope had any real agency. Meaning, he was the only one who had any real ability to exert himself on the world and to do what he believed was right. Then, with the founding of Church of England, agency moved to kings. The rise of the Rothschilds later moved it to bankers, and the rise of the industrialists moved it to CEOs.

The Western middle class — which you're probably a part of — just got its first real agency in the mid- to late 20th century. A lot of people alive today had dramatically less agency when they were born. The Internet has accelerated disintermediation and increased agency more than any prior technology, an it's only been commercially available for a couple of decades.

While the technology is now available, no one is going to tell you to learn to grow, manage and invest your own money (or any other part of your life). However, if you sit around, blame the government and watch trashy TV instead, lots of people get rich. The people who make trashy TV get rich. Which person doesn't get what he or she wants out of life (or get rich)? You.

2. Some people in your life are denying you agency out of good intentions.

The soccer mom attempts to remove all randomness and uncertainty from her kids' lives and protect them. She only lets her children play on padded playgrounds and carefully schedules their extracurricular activities.

This prevents them from developing the ability to bounce back and adapt to future difficulties. The people who love you most are often the ones denying you access to agency. Parents deny their children agency because it means accepting their children don't need them. So instead, they do paternalistic things (out of love) that hurt their children in the long run.

3. You're actually scared of increased freedom and agency.

As agency has increased, and the world has become more meritocratic, many people reject it. It's like someone is handing you power over your life, and you say, “No thanks.” Why? Because accepting power and agency means success or failure is your responsibility.

Our egos can't handle it. If you accept that we live in a post-Oprah, post-Elon Musk world, it's devastating to your ego. Oprah came from almost nothing, and now she's, well, Oprah. Elon Musk came from a middle-class family, and now he's outrunning NASA and Ford.

If you were born as a serf in feudal France, you didn't have to worry about it. No one moved up from serf to king, which is essentially what many successful entrepreneurs have now done. If you keep blaming Obama, Goldman Sachs or your boss, then it's not your fault. You get to feel self-righteous. Don't do that. Take responsibility.

Here's something crazy: From an evolutionary perspective, we are hardwired to choose “lose 50 percent of net worth” over “be different.” If you live in a tribe of 150 people and want something different than the rest of the tribe, you could be exiled and die.

It's much better to give up half of your stuff. If you're an investor and you start managing all your own money, I suspect it feels a lot like you're going to die. I have heard many people describe times they felt like they were going to die in their business.

Darwin almost didn't publish "The Origin Of Species" because he was afraid that he would be socially ostracized. He was socially ostracized, and it sucked. If that's the price you have to pay, how many people would give up half their own net worth not to be shunned and feel like they were going to die? Most people.

But, it's gotten a lot better because of the Internet. From around age 19 to 22, after I started traveling and reading a lot, I mostly felt like an alien. Well, it was more of a nagging sense this didn't seem right, and literally every single person I knew was behaving irrationally.

It wasn't until I "found my tribe," so to speak, that I realized a few other people had the same experience I had. They had read the same books I did and came to similar conclusions. However, at some level, that fear never goes away. It's programmed into us. I mean, cheesecake never stops tasting good; you just choose not to eat it (at least not all the time).

“How do I get rid of the fear?” is the wrong question. The right question is, “How do I dance with it?”

5. Disintermediation is hard and takes a long time.

I've learned from many years of experience that a good rule of thumb is it takes a 1,000 days of being more or less broke and working really hard to replace your regular income with entrepreneurial income. The same is probably true of many other domains. It will probably take you at least three years of studying and practicing yoga to get good at it, for example.

If you substitute watching trashy TV for reading literary canon pieces or academic papers, it will probably change your life. But, it will take three years. Three years is not that long, but you don't get the immediate dopamine kick of righteousness like you do when watching the news.

Technology makes it easer than it's ever been to disintermediate people. The choice to seek disintermediation is yours. Are you willing to dance with the fear?

This article was originally published on TaylorPearson.me.

Taylor is the author of the bestselling book, "The End Of Jobs." To get more insights on entrepreneurship, visit TaylorPearson.me.