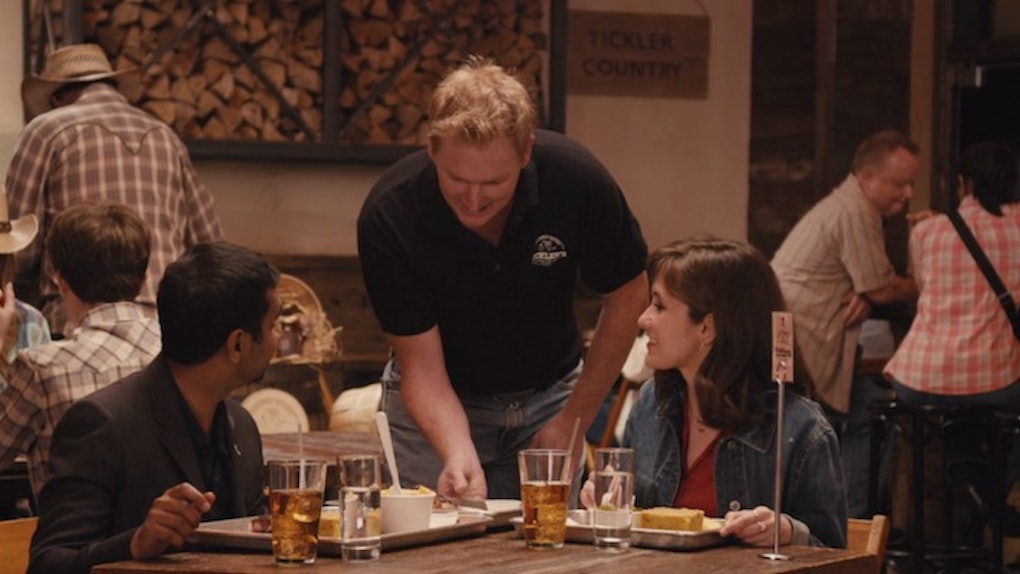 5 Reasons Every Foodie Needs To Eat Their Way Through Nashville

Nashville, Tennessee may be christened with the title of "Music City," but there is plenty more to experience aside from the awesome live music.

Sure, you can stop by Jack White's Third Man Records, guzzle down suds at numerous breweries in close proximity and laugh at the copious amount of sloppy bachelorette parties, but no trip to Nashville is complete without trying its signature dishes.

In a nutshell, Nashville is a hybrid of fast city that meets Southern charm. Think fried foods with tons of sugar, but with a trendy twist. And that's what the city is like: charming, yet hip and moderately paced, but fun.

It's no wonder very little natives can be found. It's the country version of New York with new occupants ready to go out with their boots on.

With that in mind, here are five meals Nashville offers that embody that hip, Southern twist. Good luck finding better versions of these elsewhere.

This dish is available in most restaurants in Nashville, but one of the best spots is easily Prince's Hot Chicken Shack.

Allegedly, Prince's hot chicken is the trailblazer of hot chicken, which was said to be started by Thornton J. Prince, III. Taking a numbered ticket — deli style — a meal starts at a mere $6, cash only.

Two pieces of white bread will lie underneath the fried hot chicken, which is adorned with a pickle slice. Numerous napkins will be necessary for this finger-licking, messy meal.

Remember, spice levels in the South are usually hotter than other states. Mild in Nashville may equate to medium elsewhere, so err on the side of caution when ordering.

Nashville has a sweet dish that rivals the cronuts, which is a croissant-doughnut hybrid that is said to originate in New York. These little angels are called bonuts, and they're biscuits fried as doughnuts with blueberry compote and topped with lemon mascarpone.

Served at Biscuit Love, the line of eager patrons spans around the building for a taste of brunch items such a shrimp and cheesy grits, hot chicken and — of course — biscuits.

Although you'll still wait a significant amount of time, stop in on a weekday. The line will be much shorter.

After maneuvering outside to the quaintly decorated inside, order the bonuts located under the "to share" section. But trust me, you won't want to.

Featured as a regular at Tavern, The Nooner is not your standard brunch dish. For starters, it includes the cleverly dubbed "White Trash Hash," a cheesy, gooey twist on traditional hash browns.

As if that wasn't enough, this omelette comes with bacon and about five fried oysters, which are topped with the spicy sour cream.

Two-for-one drinks at brunch time are the icing on this cake. Just be careful not to imbibe too much before a flight, or there will be plenty of turbulence on your end, if you know what I mean.

OK, so you can definitely get this in other states, but not the way Tennessee's Nashville does it.

Once again with a mention of Biscuit Love, the dish with the moniker Bill Neal is comprised of buttery, cheesy goodness topped with five juicy shrimp.

Salty bacon and fresh green onions bring the succulent side to this meal. Let's not forget about the mushrooms and lemon Tabasco sauce that is included as well.

Sounding like a stomach-churning combination, Moto Cucina + Enoteca's take on a traditional Italian dish has received plenty of praise.

Located in the hipstery Gulch, it showcases wild mushrooms and blueberry balsamic. Who knew being weird could taste so good?