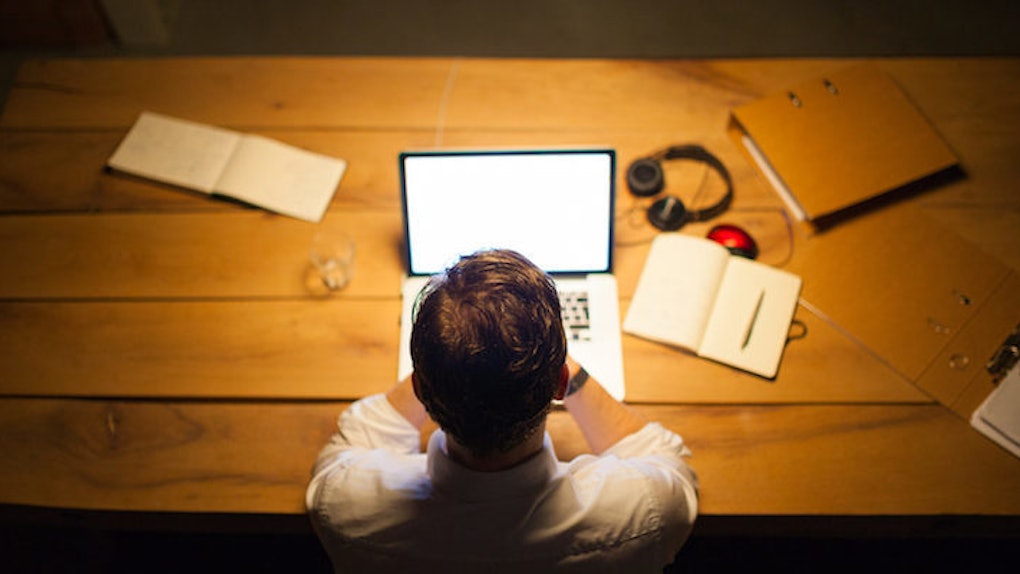 3 Ways Adderall Can Actually Limit Your Productivity, As Told By A Professor

You may think using Adderall will help you focus in class or knock out a paper with lightning speed, but did you know that there is a very dark side to Adderall?

We should really all take another look at the side effects of the amphetamine family before popping another pill. If you're anything like me, you skipped right past the warning label and threw back your prescription of Adderall. Or maybe you use someone else's prescription (that warrants a felony these days).

Based on what we know about Adderall, or the generic "amphetamine salts," it's honestly mind-boggling that pharmaceutical companies still manufacture this stuff.

Briefly now, I will share my own personal health problems suffered as a result of ingesting my prescription of Adderall. I'll also describe two of the primary ways, as a professor, I've seen Adderall negatively affect students in the classroom.

My story begins shortly after senior year of high school, when I was first prescribed Adderall. As a student with ADHD, I didn't think twice about taking the drug nor did I concern myself too much with the warning label on the side of my prescription. All my doctor had to tell me was that I'd be able to sit still for more than five minutes and I was hooked.

I experienced euphoric feelings, founded a fraternity in my dorm room, graduated college in three years, landed a kick-ass job, and even got accepted into a PhD program, all while taking Adderall. Yes, on more than one occasion I felt like Bradley Cooper in "Limitless."

So, what's the catch? For me, all of this success was accompanied by socially debilitating anxiety, extreme weight loss, migraines, trouble sleeping, severe heart palpitations and suffering relationships.

I basically turned into an insensitive monster. I became a taskmaster with bad headaches and clenching chest pains, barking at my loving family and friends for reasons unbeknownst to me at the time.

After my "success" with Adderall, I believed I couldn't live without it, even when loved ones began to point out the nasty side effects the drug was having on me.

It was only in graduate school that I discovered Adderall was actually doing me more harm than good. The biggest thing Adderall robbed me of was my own sense of accomplishment and worthiness. For the longest time, I thought I was only successful because I was prescribed a miraculous pill, but I was wrong.

When I finally kicked the pill, it wasn't just my relationships, my chest pain, my heart problems, my headaches and my sleep that improved. My academic research improved dramatically, too.

Although it felt like all of my success came from a pill, the reality was that Adderall was actually slowing me down.

Adderall can definitely slow students down, and as a professor, I've seen this happen in three ways:

Adderall's stimulation of the central nervous system is not without some pitfalls, anxiety being one of them. While some users of the drug may feel anxiety in the short term, others' experience with Adderall changes so slowly over the months or years that he or she may likely become more anxious without personally knowing it. Often times, it takes a loved one stepping in for a user to become aware.

Many students, especially a few hours into taking their Adderall, suffer from anxiety related to ingesting the drug. This anxiety is often quite counterproductive to the task which the drug was taken to complete.

To be clear, I have had students do poorly on in-class assessments due to a nervousness that is only apparent on days they have taken their “medicine.”

Some users of Adderall will abuse the drug, staying up one to two days on end in order to finish big projects. These students will almost surely experience typical side effects of Adderall, such as anxiety, the most intensely.

2. The euphoric effects of Adderall distract students from completing their work on time.

Adderall often causes students to do something wholly other than what they intentionally ingested the drug to focus on. This creates a problem for many students who take the drug during crunch time in order to complete a particular task.

For example, about an hour after taking Adderall, I would frequently find myself calling friends that I hadn't talked to in a while or mapping out my next big adventure, rather than reading 150 pages of a book the night before class.

Adderall makes everything seem a bit more exciting, not just the work that you are supposed to complete. For this reason, it is quite likely that the euphoria caused by Adderall can distract one from doing his or her work on time.

Instead of completing relevant tasks in a timely manner, many students create new tasks for themselves upon taking Adderall. Essentially, users often choose to do something different than their work due to the excitement that they feel while the drug is setting in.

Naturally, a drug that provides such academic stamina, causing students to feel alert and even euphoric for hours on end, can be very addicting.

I have seen an uncountable number of students develop learned dependencies on this substance. Students who develop a dependency will often refuse to do any coursework until they have refilled their prescription or bummed a pill off of a friend.

I once had a student tell me that she cannot even do her laundry without taking Adderall anymore, let alone think about writing a five-page paper.

As a professor, it is very sad to see so many of the teens and young adults that I teach dependent upon Adderall. I've already said that the biggest thing Adderall robbed me of was my own sense of accomplishment and worthiness. I think this is the case for many other students, too.

To summarize, I am highly skeptical of the amphetamine family, in part because I experienced some really bad side effects and also because my work got better after I quit taking Adderall.

I think we ought to consider amphetamine-free treatment for ADD and ADHD. It's likely that our overall health could increase by choosing this path.

I write this piece as simply one more warning label to read in case you missed the discreet one on the side of your bottle. Who reads those, anyway?