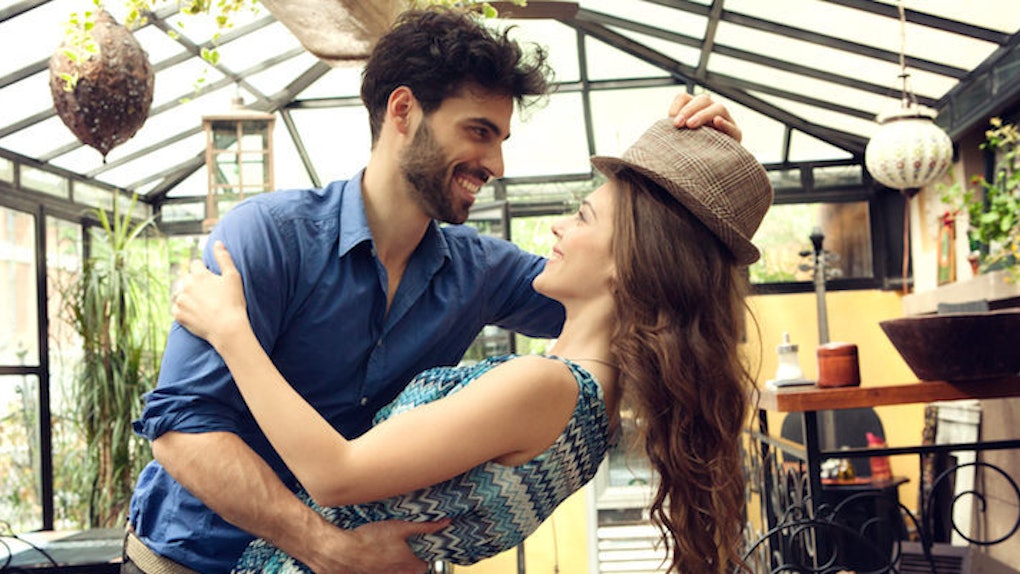 Spring in full swing marks the arrival of the Taurus season. Rejoice!

It's time to get out of hibernation mode and let the bulls run free.

As an Earth sign ruled under the goddess of Venus, you'll be sure to get a dose of sensuality, stubbornness and, above all, realness.

Taurus have the goods to make them worth your while.

With Taurus season upon us, let's celebrate by looking at the reasons why this fierce bull makes a great catch:

Taurus have a calm demeanor.

I bet you were expecting fiery tempers, huh?

Their infamous tempers only occur in rare instances, and to people who truly ask for it (so don't even think about secretly ordering a pizza all to yourself).

As an Earth sign, their easygoing and down-to-earth persona will make you feel at ease; they're just comfortable to be around.

I know it's hard to imagine a bull as "calming," but you need to get that image of raging anger out of your head!

Taurus are loyal and devoted as f*ck (as long as you deserve it).

When Taurus enter a relationship, they're in it for the long haul.

While some may find serial dating and one-night stands appealing, Taurus are pretty old school when it comes to the dating game.

They're extremely selective in who they choose, and once they find a partner who complements them, they view that partner as a potential partner for life.

No halfsies here; no cheap shots of acting aloof or creating distance to make their partners "more interested" in them.

Taurus believe in giving it their all in a relationship, and as a result, if it doesn't work out, they won't live with any regrets.

Taurus are passionate and sensual.

With a Taurus as a partner, you won't ever complain about being bored in the sack or not "getting enough sexy time."

Ruled under Venus, the goddess of love and all things sexy, Taurus crave the sensual pleasures of life.

Sex isn't a wham-bam-thank-you-ma'am ordeal, or a mechanical act As sensual beings, Taurus feel with the senses Mother Nature has bestowed upon them.

Whether it be late-night belly rubs, sensual back massages or hair caressing, you don't have to worry about a Taurus being emotionally detached or lacking affection; sensuality is the name of their game.

They love expressing themselves physically, and lucky for you, you'll get pampered in the process.

Just make sure to pamper a Taurus in your own special way, as well, because they're firm believers in reciprocity.

Taurus are persistent and determined.

When Taurus set their eyes on the prize, nothing can stop them. Even during the tough times when failure and rejection keeps hitting them in the face, they refuse to give up.

Their failure only fuels their desire to keep going. So much so, the mantra "keep calm and carry on" was probably invented by a Taurus

They're so persistent in achieving what they want, no matter what anybody else says, they'll still do what they believe is right. This is where their infamous stubborn nature comes into play.

Sure, it can be annoying when you offer your own sage advice on why a Taurus shouldn't date that particular person or apply for that job, but he or she will do it, anyway.

You can't expect anything less from Taurus -- they're bull-headed, remember?

Taurus are protective and aren't afraid to stand their ground.

While they may not always be chatterboxes or the life of the party,Taurus are more than likely to be deemed the "strong and silent types."

As much as they can keep their cool, they're not afraid to take action when need be. If someone is being a d-bag to their friend or loved one, they'll be the first to take action and stand up to the person.

When it comes to expressing their own opinions, Taurus won't hold back from telling the truth, but will do so in a tactful way.

Think less "You look awful in that dress," and more, "That dress isn't your best bet; you should try on something else."

Taurus are rational and pragmatic.

With a realistic eye, a Taurus sees the world for how it is. Unlike air signs, Taurus don't have their heads up in the clouds. (We love them, anyway.)

They think things through (to a point of almost suffering from analysis by paralysis), and come up with realistic goals and ways to achieve them.

As idealistic as they'd like to be, Taurus can't help but possess a logical and rational mind.

If you're wild at heart and need some stability in your life, a Taurus might just be what the doctor called for.

If there's one way to impress a Taurus, it's by appealing to his or her five senses.

From being surrounded by the sublime beauty of a waterfall, to indulging in fine cuisine or being wrapped in a luxurious fleece blanket, Taurus enjoy their creature comforts and the beauty surrounding them.

Don't worry; their luxurious taste won't make a hole in your wallet.

Taurus appreciate the finer things just as much as the grandiose gestures.

A night in watching their favorite movies on Netflix with you and pizza, wrapped in a blanket, sounds like heaven to them.

Lucky for you, Taurus make great cuddle buddies, as well.

Taurus have a creative flair and a generous heart.

Whether it be expressing themselves through music, writing, acting or painting, creativity runs through their earthy veins.

Take Stevie Wonder, Al Pacino, Jessica Alba or Salvador Dali, for instance. All fall under the sign of Taurus and express themselves through their own creative medium.

Additionally, Taurus use their creativity to express their affection for loved ones.

Whether it be crafting a birthday card, creating a photo collage or writing a song, Taurus don't fall short on generosity.

Taurus are the type to go out of their way for people who hold a special place in their hearts.

While they're usually not the type to express their emotional state on social media, or cry on your shoulder, deep behind their tough exterior, Taurus have a sensitive soul.

They don't take criticism or insults lightly, especially if it has to do with their appearance. Ruled under the goddess of Venus, beauty plays a big role in the lives of Taurus.

If you crack a joke, chances are they'll take it personally, so be careful with your words.

On the plus side, their sensitive souls allow them to be in tune with other people's emotions and pick up on subtle cues when something isn't right.

Taurus are dependable and genuine.

Taurus are people of their word and know how to get the job done.

If they say they'll text you back after finishing an episode of "Games of Thrones," or help you write that essay, they'll do it.

If they don't (rarely the case), they'll have a valid reason for it. They don't see the point of keeping someone hanging.

They're past the childish games and hate disappointing people.

You'll more than likely find a Taurus with a close friend or two, rather than with a big crowd of people.

Mostly because they can smell bullsh*t a mile away, and choose to surround themselves with genuine people who don't put on a show.

When it comes to keeping it real, a Taurus is the real deal.