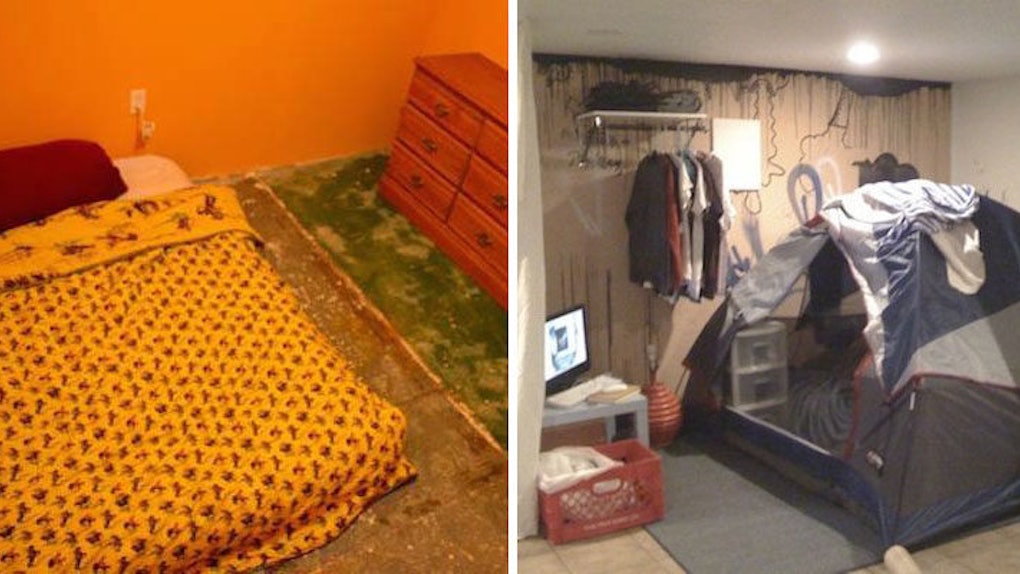 Much like "learning to ignore that smell on the subway" and "successfully kicking a pigeon,"  living in an apartment that does permanent damage to your psyche is a right of passage for every naive 20-something who flocks to New York City without actually thinking about the implications.

If you don't have a story that involves a futon in a literal closet or a roommate who forgot to mention he or she was a practicing nudist, it's going to be that much harder for you to think of something to talk about with the guy your girlfriend's friend is sort of seeing when they go to the ladies room together.

Even if you do manage to find a more stable living situation, it's a virtual guarantee that there's going to be at least a couple of things you'd change if you had the chance -- I like my apartment, but would also enjoy having a toilet I could use without putting one leg in the bathtub.

However, thanks to some of the Craigslist posts and real estate listings I've seen over the past couple of years, I'm grateful for my current situation because I know it could be so much worse.

Here are some of the more absurd living situations I've seen, complete with the pitches the most desperate realtors in the world would probably use to sell them.

"Get the full camping experience without having to leave the city!"

Except for the part with fresh air and stars. Neither of those things exist here.

"A great opportunity to get close with your roommate!"

"Grabbing a shower beer has never been easier!"

I have to be honest: I kind of just pitched myself on this place with that line.

It's also the only space.

On the bright side, there's a good chance you'll eventually be able to figure out how to stand up and put a shirt on in the same motion. That would be awesome.

"Can be used as an office and a bedroom."

At least they took the clothes out of this one.

"Apartment includes a pint of vodka in a plastic bottle and a crumpled box of Parliaments with two crushed cigarettes inside."

That's actually good incentive for the kind of person I imagine is alright with living in a place like this.

"The 'half kitchen' is the new half bath."

It is not. This is a lie, just like almost everything else a realtor will ever tell you.

"Plenty of opportunity to make the space your own."

For example, you can put up the walls the builders apparently forgot to install.

It's like joining a cult, only without the overly draconian set of rules that guide most of the decisions you make in life.

Oh, wait. It has those too.

That might just be a cult. New York City is a silly place.