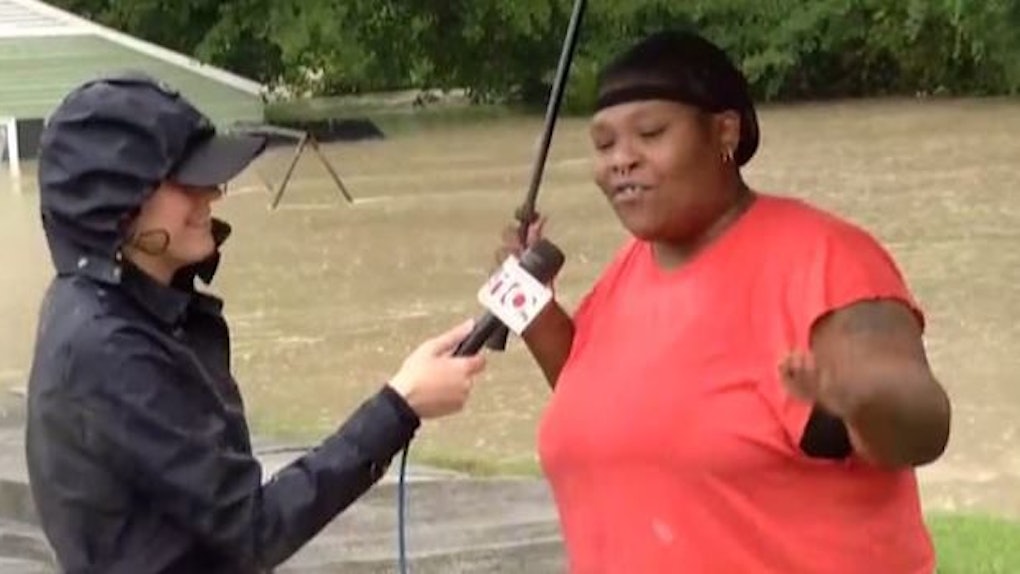 The ability to prioritize in a dangerous situation is a helpful skill during a life-or-death situation.

When Columbia, South Carolina floodwaters rose upon the apartments of some of the city's residents, one woman grabbed the only things she apparently couldn't live without: her dog and two Totino's pizzas.

In an on-camera interview amid the floodwaters, the woman told a reporter for WIS10,

I didn't grab nothing but two Totino's pizzas out of the refrigerator and my doggy, and we left. That's it. I tried to grab some other things, but they wasn't even worth it.

Imagine, for a moment, if she made it safely to her friend's home only to realize she left either her dog or her beloved pizzas in the flood zone.

No one should have to suffer the guilt accompanying choosing one's own survival over such precious things.

This woman likely feels outrageously lucky tonight because, though her home is flooded, she had enough time to grab both her pet and her pizzas and was not forced to choose between the two.

If flood waters ever threaten this woman again, may she remember dogs can swim, pizza cannot.