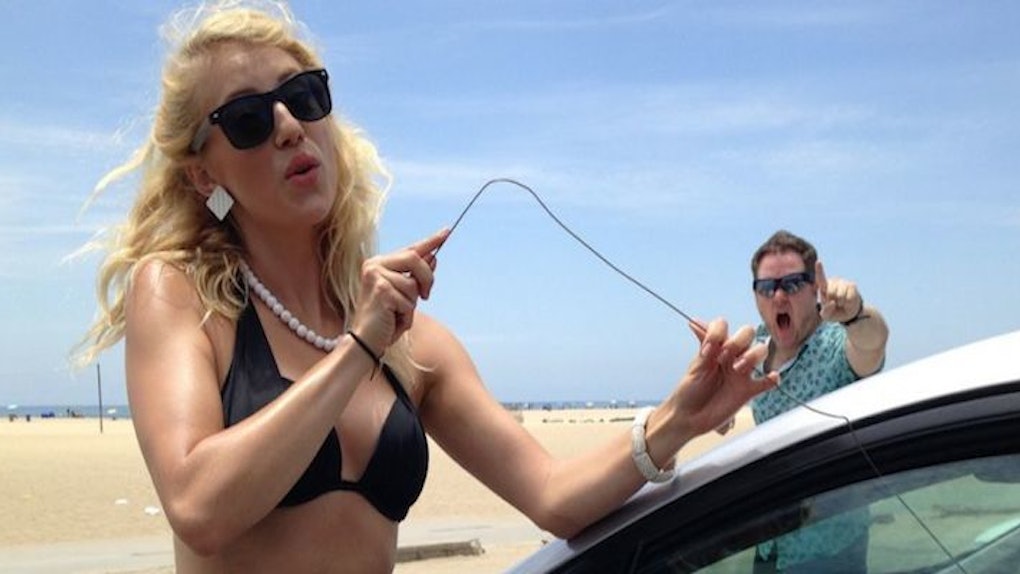 If there's one thing people who make prank videos love doing (besides committing felonies disguised as practical jokes), it's having attractive girls appear in their videos so they can throw the words "Hot Chick" in the titles.

However, having the aforementioned Hot Chick in your video can actually take things to the next level as people tend to go out of their way to do things for Hot Chicks without asking too many questions (at least according to the other prank videos I've watched).

In this particular situation, the Hot Chick convinces unwitting men to help her break into her car before an angry Average Dude starts yelling at them for not bothering to check if it was her car or not.

Feel free to use this to make a blanket statement about the state of gender relations in society today. You can also just watch it and enjoy it; I'll let you come to that decision on your own.