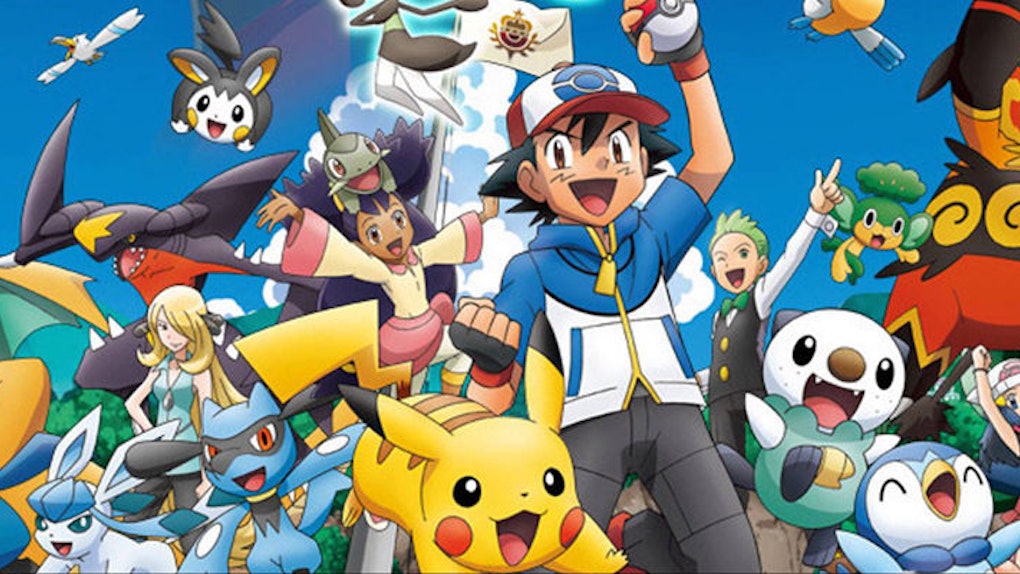 If you didn't play Pokémon as a kid, you more than likely grew up to be a shady individual, and to this day, no one really f*cks with you.

For the rest of us, who had a fly childhood and spent every Saturday morning watching, every afternoon playing and every school lunch break trading, we all know the impact it's had on our lives.

More importantly, you knew which Pokémon character you repped the hardest, and while it might not seem like it, I spent all day figuring out exactly what that says about you.

Pokémon were pretty much people, too. Some were sensitive, some were strong and a few were actually completely useless.

Your favorite Pokémon's traits likely followed you into adulthood, for better or worse, and is now responsible for the person you've become.

Despite everything being perfectly fine, you are always trippin'.

You're always huffin' and puffin', acting like you're about to do something, but in reality, you're not really about that action. The truth is, you're just mad ticklish.

You may suffer from a bit of a Napoleon complex, but you'll never admit that. Of course, you do have a talent, though. You can sing, but at that point, nobody's trying to listen and would rather go to sleep.

Your nonchalant lifestyle has just developed into your swag, and you're killing it, but man, when are you going to get a damn job?!

Not only do you look like an assh*le, but you fit the bill and actually are an assh*le.

Sure, you're a fighter, but you also squad up with all of your cousins (how do you even have that many?) and got a tattoo in like the eighth grade.

You're a recluse and a loner, but you wouldn't have it any other way.

Despite your skill set being limited to just "Harden," you've managed to survive and get by with no one else's help.

You're pretty rough on the exterior, but you just stick to what you know and pray to God that one day you'll evolve.

You're beautiful, you're fiery and you have fabulous hair.

People know not to mess with you as your temper always leads to somebody catching on fire, and that's where you suck. You'll never find love if you keep up these antics.

You were born with the munchies and are on a perpetual weed nap.

Your favorite activities include eating snacks, stretching, yawning and last but not least, sleeping.

People call you lazy and say you're always getting in the way, but you're just too busy not being awake to care.

You carry the team on your back always, but never seek any recognition.

You're a workhorse (literally) and never get tired. People can count on you for anything, but never call you when it's time to turn up.

You're not worried about any of that, though. You have six jobs!

You're big, you're strong, you're also dense AF. That's it.

You know that one friend everybody talks sh*t about when he or she isn't around? No? That's because it's you.

Just like Meowth, you're a cornball, a brown-noser and you ride on everybody's coattails. You stick with the authority to keep yourself clean, but you would really get your ass kicked without them.

You are highly sensitive and have an even higher chance of being friend-zoned.

Friendliness and loyalty are your two best traits, but often it's your innocence that gets mistaken for weakness. However, you can definitely flip the switch when you need to.

Nobody wants to see your bad side, or else they're getting shocked.

You may be shy and a little awkward to look at, but you're a good listener.

You're there whenever your friends need you and pop up unexpectedly at the strangest times.

Yeah, you're definitely a creeper.

Confused, oblivious and clueless: These are all words to describe every day of your life.

Wait a second, it's not your fault. You come from a long family line of confused, oblivious and clueless individuals.

Your daddy was confused, his daddy was hella oblivious, your great grandaddy could barely stand up on his own two and soon, you'll have some clueless-ass kids to carry on the tradition.

You're constantly underestimated and undervalued, but people know you'll be a force to be reckoned with later on.

That's why they stay hating on you now.

You possess all of the traits of a leader, and it's only a matter of time before you put it all together and reach your full potential.

You love partying, the outdoors and living life. You're dope to be around, but some people might hate on all of your good vibes.

You don't let that worry you, though. You keep it going and turn up through all the bullsh*t.

You are a great leader. You dominate both physically and intellectually and always stick up for the little guys out there.

Sometimes you need to beat on your own chest so people know it, but you're not being cocky. You're just lit. LITERALLY!