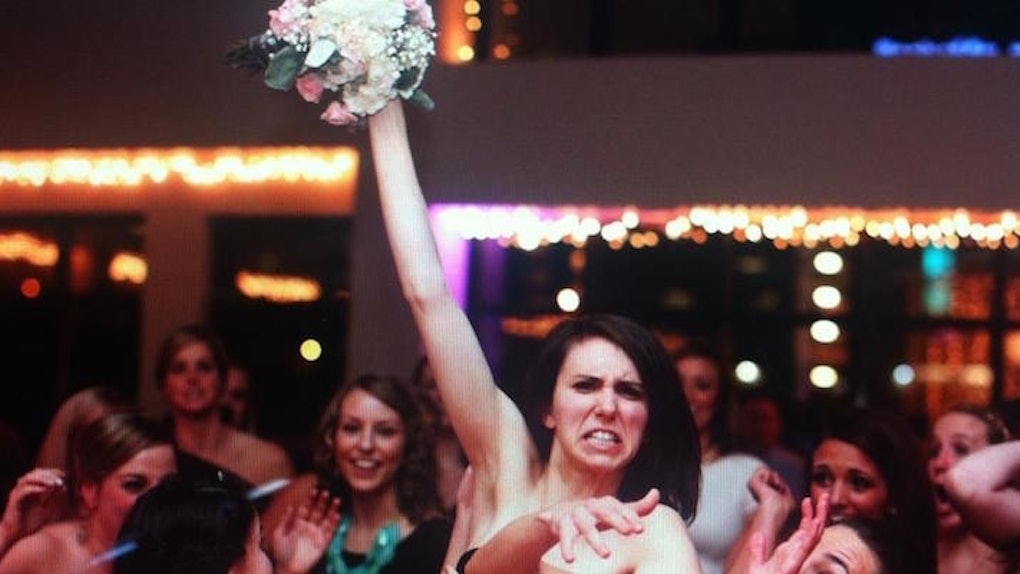 A wedding is a once-in-a-lifetime event for people who don't suck at relationships, and considering the long-term commitment you're making to both another person and your credit card balance, it's only natural you want everything to go as smoothly as possible.

Sadly, it's almost impossible for a couple to get through their wedding day without suffering a single hitch, such as one of the two people not showing up (or perhaps something less serious and slightly more ironic, like rain).

More often than not, it's the guests who are the problem because when you combine people's predisposition to do stupid things with an open bar, it's only a matter of time before someone does something that makes everyone else roll their eyes.

These are just a few of the people you don't want at your wedding. Be sure to act accordingly.

The Person Who Took Pictures With An iPad

The Best Man Who Texted During The Ceremony

The Bride Who Texted During The Ceremony

The Guy Who Almost Ruined The Wedding Gown

The Guy Who Totally Ruined The Wedding Gown

The Person Who Forgot He Was Going To A Wedding

The Guy Who Took Shrooms Before The Wedding Started

Your College Friend Who Took Advantage Of The Open Bar

The Groom Who Took Advantage Of The Open Bar

The Relative Who Stole A Bottle Of Liquor From Behind It

The Drunk Guy Who Shouldn't Have Been Given The Microphone

The Most Aggressive Dancer You've Ever Seen

The Couple Who Got Engaged

The Photographer Who Couldn't Stand Up Straight

The Photographer Who Was A Little Too Avant-Garde

The Girl Who Really, Really Wanted To Catch The Bouquet