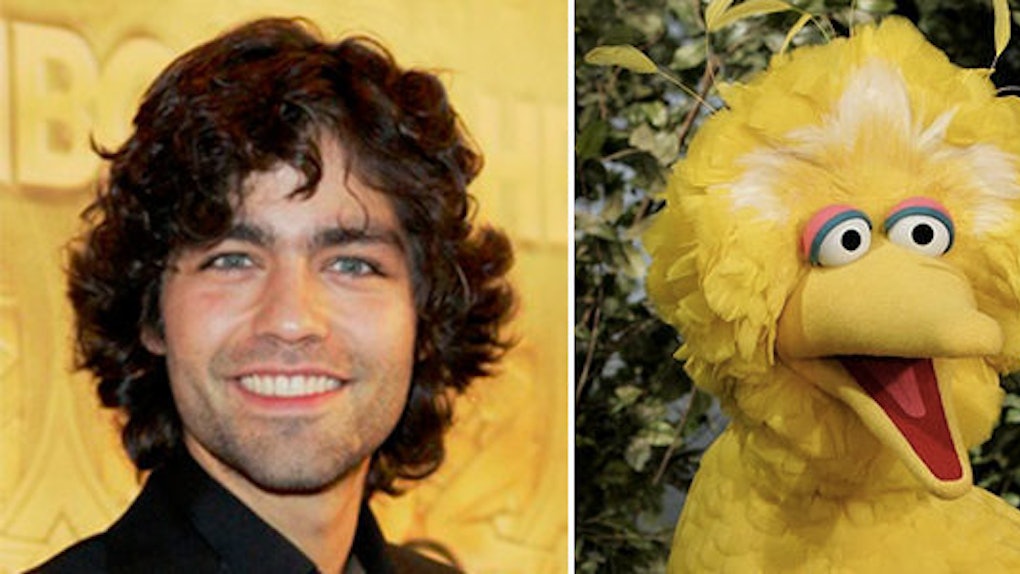 The 'Entourage' Crew Is Just Like These 'Sesame Street' Characters

Have you at any point in the last week noticed you're taking more morning bong rips than usual? Have you noticed a significant increase in non-ironic uses of the word "bro"?

Have you gone to order your usual drink and involuntarily bought a shot of overpriced tequila?

Don't worry, you're not sick. It's just "Entourage" season for the first time in a few years and now that the movie has finally been released, it's only natural your immune system is going to have some trouble resisting the fever that accompanied its arrival.

I had a particularly scary experience with Entourage Fever in college that ended with me buying the second and fifth seasons (and only those seasons) on DVD, so I've been trying to limit my exposure -- but when you work on the Internet, that's basically impossible.

I came down with a particularly fierce case over the weekend, and while fighting cold sweats and hallucinations that rivaled what The Entourage saw during their mushroom trip at Joshua Tree, I had a vision: The Universe decided to show me parallels I'd never noticed before.

What I'm trying to say is, "Entourage" is basically "Sesame Street" with more body hair and less topless women. I have all the proof you'll ever need below.

They might both be the stars of their respective shows, but that's far from the only thing these two have in common.

Both of them are international icons who started from humble beginnings in New York City, which I assume has something to do with their identical haircuts.

But feathered hair isn't the only birdlike quality these two share: Big Bird lays giant eggs, just like Vinny frequently does at the box office.

Ari is Oscar the Grouch

I know this isn't exactly a stretch...

Oh, one of the most infamously angry characters in the history of TV has something in common with the Muppet with 'grouch' in his name? You don't say!

It might be the most obvious similarity, but there are certainly more, like the uncanny ability to ostracize and alienate essentially every single person who's ever cared about them.

You could argue Ari lives a more luxurious life than Oscar does -- I think most people would pick a giant mansion in the Hollywood Hills over a trash can when given the option -- but that house is still in Los Angeles, so they really aren't that different after all.

Over eight seasons of "Entourage," Eric Murphy (or "E," a nickname he earned at raves in the early 90s) played a tiny, annoying redhead with way too much energy acting out entirely unbelievable fantasies for the audience's enjoyment. He's also one of those people you see and just really want to tickle for some reason.

He is such an Elmo.

Nothing makes Turtle happier than a hot tub and a hot chick, and there's nothing Ernie loves more than a bathtub and a rubber ducky. They're also both emotionally (and vertically) stunted members of a beloved duo with similar taste in fashion.

And Johnny Drama is Bert

Bert is the older, wiser and far more irritable member of the "Sesame Street" duo, and Johnny Drama shares, at most, two of those three traits.

The matching characteristics, however, are just an added bonus because you only have to look at a picture of the two to realize they're exactly the same.

Bert is Johnny. Johnny is Bert. "Entourage" is "Sesame Street." The conspiracy has been revealed.

If I die under suspicious circumstances anytime soon, it's because I was the only person brave enough to pull the curtain back.