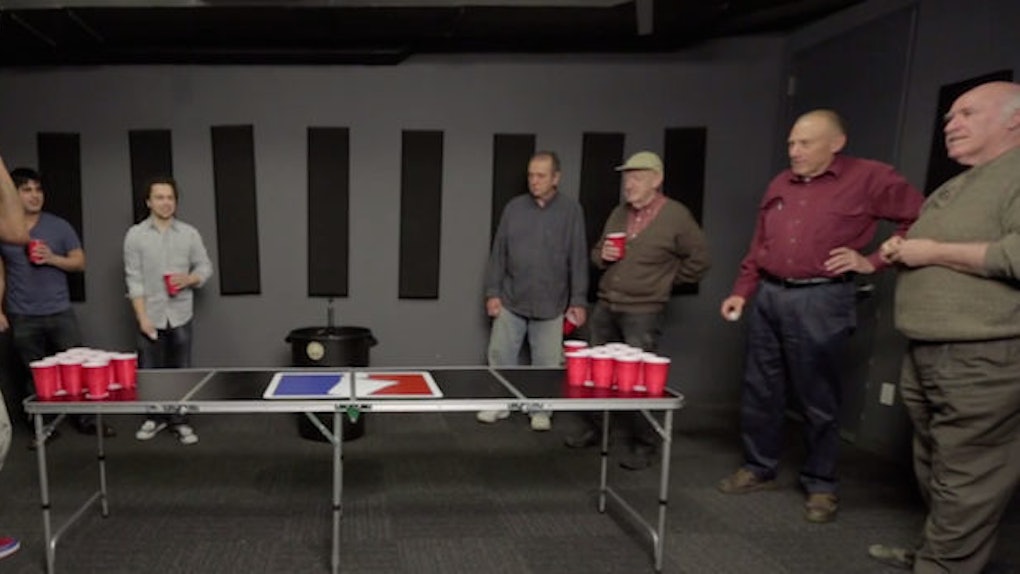 College-age kids -- guys, especially -- are often considered the champions of all things drinking.

But apparently, there's another group that can drink even the bro-est of bros under the table, and it's one you wouldn't expect: senior citizens.

Watch as a group of college dudes hilariously go head-to-head with their senior counterparts in a series of drinking games, including flip cup, beer pong and anchorman -- and fail miserably.

Looks like youth isn't always wasted on the young.