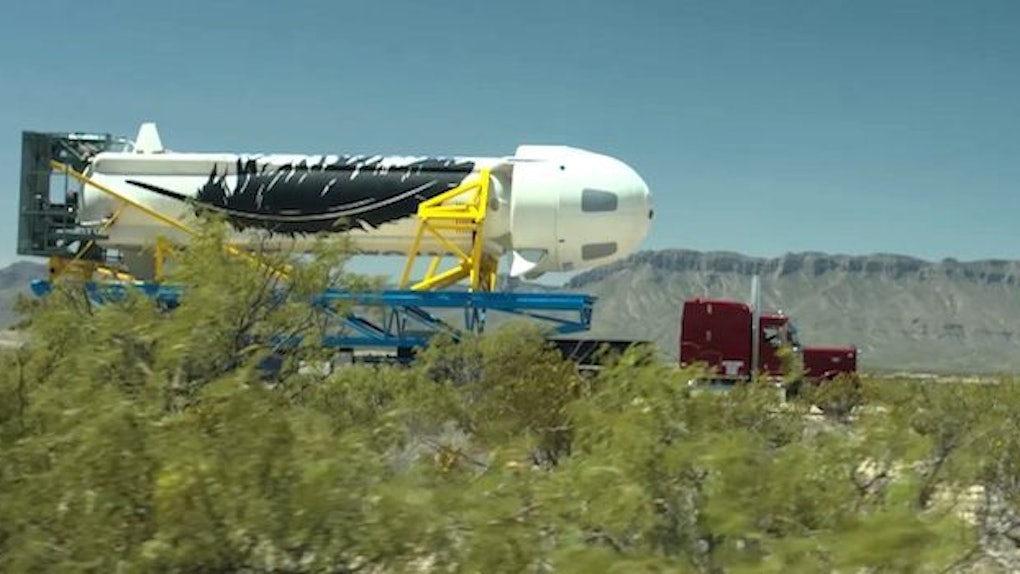 When I was in third grade, my teacher gave me an empty soda bottle, some duct tape and a few pieces of cardboard and told me to build a rocket ship that could be successfully launched from a bicycle pump.

A few years later, billionaires are doing the same thing -- only they're giving engineers tons of money and telling them to build rocket ships that can be successfully launched into outer space.

Amazon CEO Jeff Bezos' plan might be slightly less ambitious, but that doesn't mean he doesn't deserve credit for trying to be the first person to ever go to space in a rocket ship shaped like a penis.

His company, Blue Origin, released a video documenting the launch of the New Shepard, and I'm assuming it hoped people would watch it and focus on the successful test launch.

That's kind of hard to do when the New Shepard looks like this.

It's either that or a "personal back massager." I'm honestly not sure which comparison is worse.