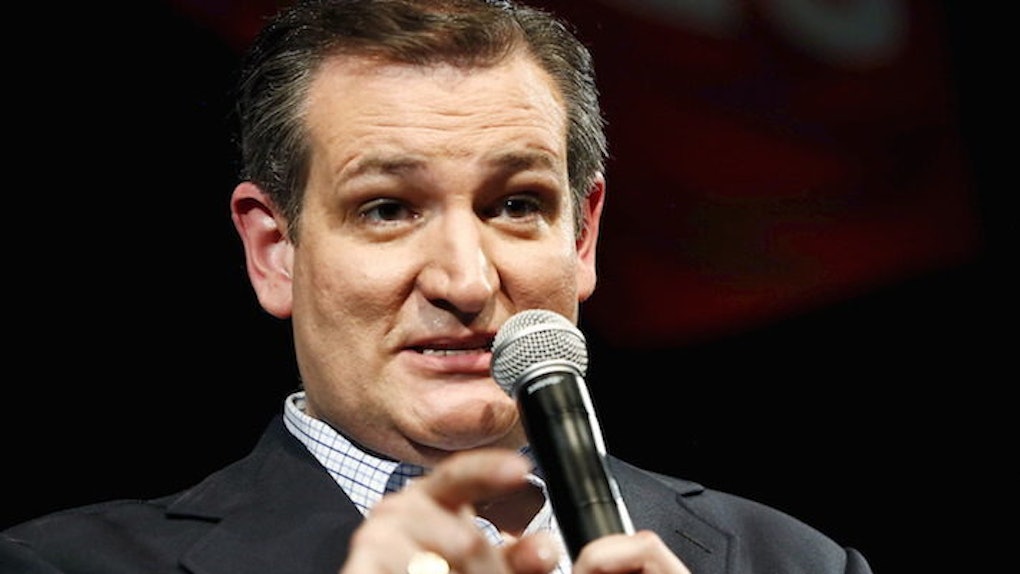 Since moving here three months ago, I've found the quickest way to turn the near-permanent frown every New Yorker adorns like an accessory upside down is to ask the person why he or she loves living here so much. Saying you're from New York City is a badge of honor. Sky-high rent, sardine-packed subway cars and the persistent trash fumes are a nominal price to pay for feeling like you're living in a movie every day.

So, it comes as no surprise that the 2016 presidential hopefuls all want to conveniently whip out their New Yorker cards as the state's primary rolls around on April 19. If you're seeking a hard-hitting political piece that cross-examines how each candidate's policies would affect New York City, then you've come to the wrong place.

That being said, I've watched the speeches, read the articles and done my research. I've come to the scientific conclusion that each of these five candidates wouldn't make it a single day in the Big Apple.

1. They don't know how to get on the subway.

In a recent interview with The New York Daily News, Bernie Sanders had this exchange with a journalist who asked if he knew how to get on the NYC subway.

“What do you mean, 'How do you ride the subway?'” Sanders responded. “You get a token and you get in.”

I moved here from Arizona, and even I was aware the subways didn't take coins anymore. For those of you who haven't left the house since 1983, the subways take cards. They're flimsy little pieces of paper you have to wait in line to refill every few weeks. Sorry, Bern.

Speaking of those pesky little paper cards, the other democratic candidate, Hillary Clinton had her own trouble at the turnstiles. It took Clinton five painfully long swipes to enter the subway station near Yankee Stadium.

In all honesty, I can totally feel for her on this one. Try as I might to mimic them, seasoned New Yorkers have this innate ability to magically slide their MetroCards accurately on the first try.

On the other hand, I've been stuck swiping at the turnstile for upwards of a minute (which, when there are groaning, judgmental New Yorkers breathing down your neck during rush hour, feels like a century).

2. Once they're on the subway, they don't know how to act.

In what can only be described as a miracle, Hillary eventually made it onto the subway. But once she passed the sliding doors, she hadn't the slightest clue how to act appropriately.

It's an unwritten rule that conversation, eye contact and general human interaction are absolutely forbidden on subway cars. If you break that rule, be prepared for someone playing the bongos to hound you for money.

Of course, it took all of two minutes for Hillary to break this sacred rule. “I love [New York City public transit] because it's so convenient,” she exclaimed to the car, which consisted of several people who still had their earbuds in. Nobody — nobody — loves public transit in New York City.

3. They think New Yorkers care how they're perceived by non-New Yorkers.

A few months ago, Ted Cruz (now infamously) questioned the “moral values” of New Yorkers, which drew predictable guffaws from the city's inhabitants.

Although he later modified his statements to target "New York liberals," the damage had already been done. Needless to say, much of his campaigning has been under the radar so far in NYC. It's a pretty smart move, considering everything.

New Yorkers are the kings and queens of not caring what you think (or at least pretending to come across that way). Whether it's the woman heading to work in a pencil skirt and running shoes, the guy singing Christina Aguilera's biggest hits at the top of his lungs or a group of "furries" en route to a"'furry" convention on the subway, New Yorkers utterly and truly DGAF.

After all, that's why they moved here: to be creepy, weird and awesome, and to not get sh*t for it.

4. They eat pizza with a fork.

New Yorkers love their pizza. Because the 2016 presidential hopefuls are good girls and boys who do their homework, a few wanted to capitalize this and show they were true, pie-loving New Yorkers too.

That's great and all, until you start desecrating it with a goddamn fork. Unless you're a 13-year-old who recently got braces, who the hell eats pizza with a fork? Both Trump and Kasich were guilty of this as they made their rounds to pizza joints around the city. Kasich was even quoted as saying, “This is like being so alive in New York" after finishing his meal.

OMG, please stop. Kasich, this is why nobody likes you.

Although several of the other candidates have lived in New York City in the past, only one calls it his permanent home. Which is no surprise, as his name is plastered literally everywhere you go.

However, I find there to be a stark difference between throwing money at a city and being a city resident. Sure, Trump files his taxes here, but something tells me Donald has never taken public transit in his life, even before he made it big.

Why? Because if he saw what actual New Yorkers looked like, he'd probably be shocked to find they look nothing like him. I've yet to see a man in his 50s or 60s soak himself in self-tanner and sport a blonde toupee. If anything, Trump looks and sounds like he should be living somewhere in Florida.

What's more, Trump and his wife, Melania, were spotted outside the 9/11 Memorial Museum on his first trip ever. Melania was wearing 5-inch blue heels. Fun fact: It snowed that day. You need rain boots for that sh*t.

April 19 is fast approaching, but do New Yorkers really care? Although I already voted in the Arizona election (technically, I'm still a resident there), the race is still in full swing here in New York. While there will be several heated conversations leading up to and after the election, in truth, it's only temporary coffee or bar talk.

November will eventually roll around, a new president will be in office and New Yorkers will finally get to focus on their favorite past time: complaining endlessly about New York City, laughing at its impostors and still swearing it's the greatest place on the planet.