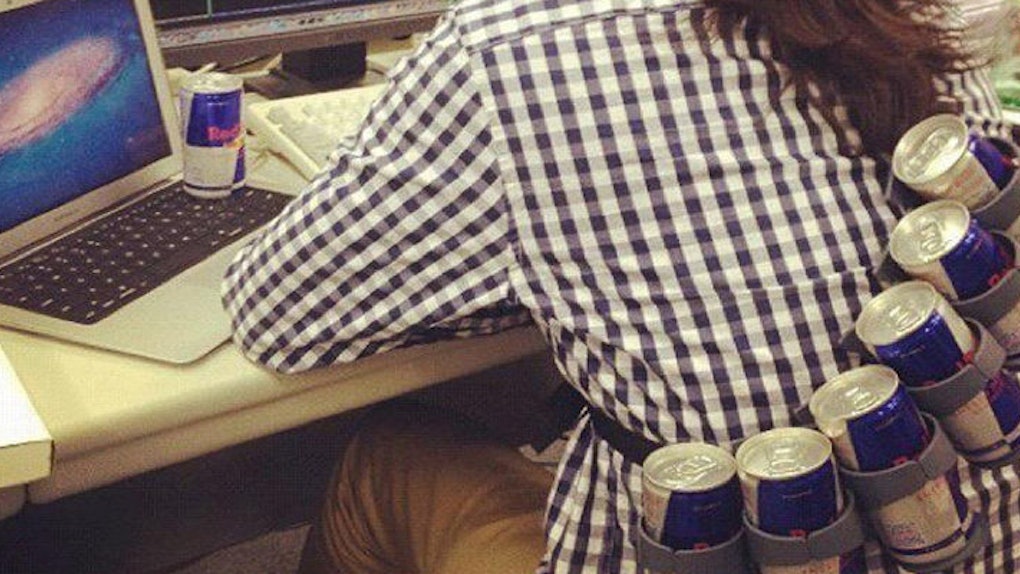 Over the next few weeks, college students around the country will regret most of the decisions they've made the past few months as the reality of finals week suddenly dawns on them.

Everyone has his or her own way of coping with the feelings of hopelessness that will inevitably wash over most students at some point, and even though the thought of burning all your notes in the middle of the library and starting a new life in a foreign land might sound appealing, you'll probably end up regretting it when you end up getting charged with arson.

With that said, if you have access to a fire pit over the summer, notebook paper can be an invaluable resource when it comes to starting a fire.

I haven't had to take a final exam in a few years, so while I can look at these pictures and laugh, current students and those who are still recovering from finals of years past might want to exercise caution before scrolling any farther.

This is how I tried to cure my hangovers in college.

Crying alone in a bathroom stall is an acceptable alternative...

...unless a guy like this already beat you there.

One of the most important skills you learn in college is how to multitask properly.

Drinking isn't the best way to deal with stress, but it tends to be one of the more effective strategies.

As is the case with most things, moderation is key.

Sometimes, there's nothing else you can do to prepare, besides hoping your finals get canceled due to an alien invasion.

If this was for a modern art class, this person would probably ace the final.

Even professors aren't exempt from the pitfalls of finals.

If you don't have the time to take a break, at least try to find a relaxing place to study.

Make sure to support your neck if you're going to take a nap...

...but it's better to come prepared.