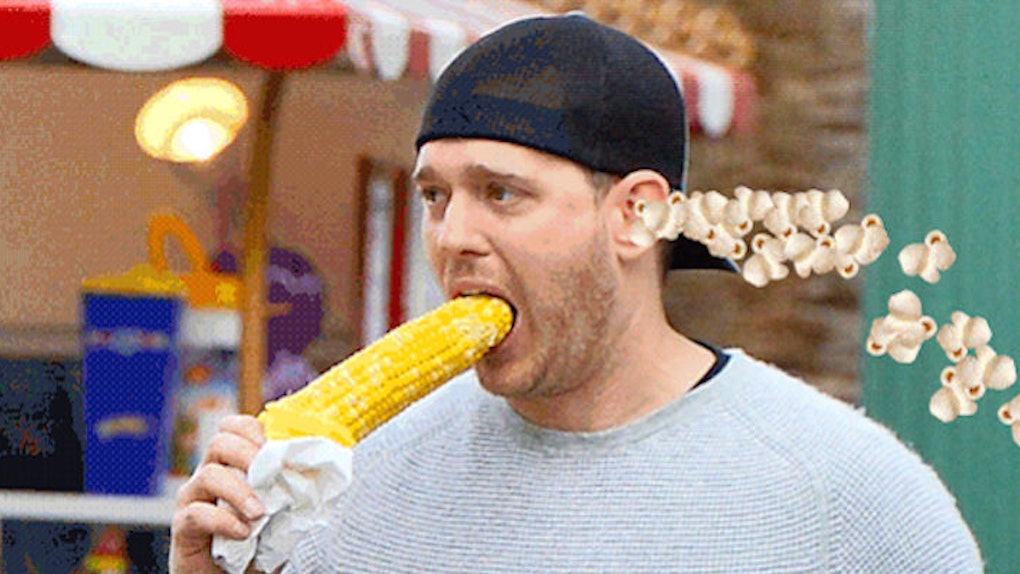 Over the past couple of decades, Canada managed to unleash both Nickelback and Justin Bieber onto the unsuspecting citizens of the world. That would be a series of transgressions practically unforgivable if it wasn't for the country's most impressive export: Michael Bublé.

If you're unfamiliar with the Canadian crooner, he can best be described as "Rick Astley, but cooler" or "Frank Sinatra if Frank Sinatra had smoked a ton of weed instead of drinking too much."

I don't want to imply Michael Bublé took advantage of California's medicinal marijuana program before hitting Disneyland earlier this week, but I certainly wouldn't be surprised if he was happier than normal in The Happiest Place On Earth based on how he tried to consume a piece of corn he purchased while there.

The image is funny enough on its own. But, it got even more enjoyable once a bunch of people with Adobe Photoshop and some of extra time got their hands on it.

It's still less disturbing than the original.

Citations: Sad Michael Bublé is not sure how to eat corn on the cob (Mashable), Michael Buble: I never wrote a song without marijuana (Celebs Now)