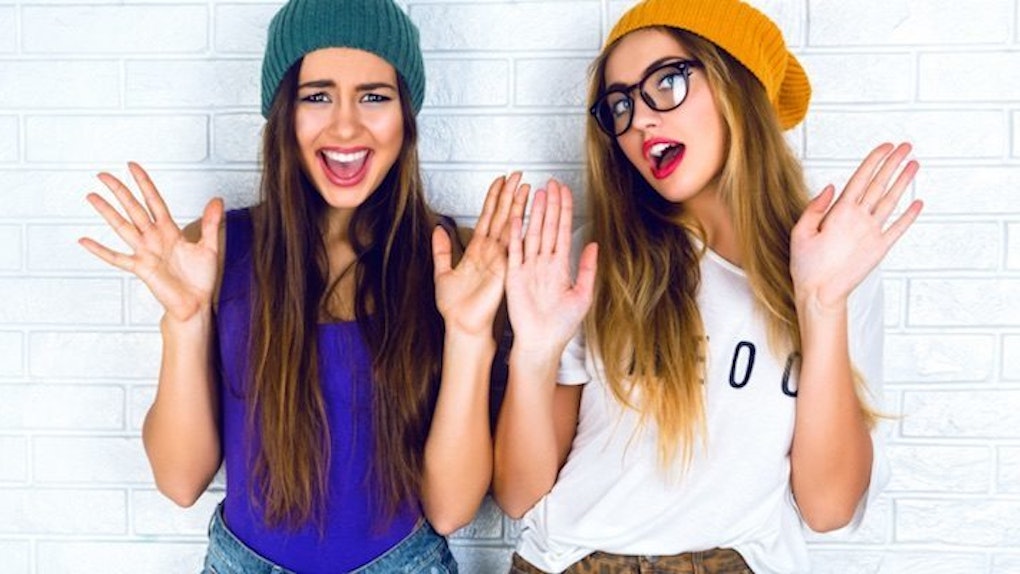 It's part of growing up. Having some dude come in your face is a chapter in your coming-of-age story (pun not intended).

2. If it ends with a black eye, it probably wasn't good.

One of my friends was drunk in college and blowing a guy on her bed (which was on risers). She whipped her top off and flung herself off the bed and hit the corner of her eye on the desk. The guy immediately left. She had a black eye.

4. She has nothing else to say, and neither do we.

I was coming up for air mid-blowjob, and the guy came in my nose. I have nothing else to say.

Freshman year at bro college (SUNY Albany). Coming back to this guy's dorm after a night of drinking at the local underage bar spot, Chubby's (how fitting). We go back to his suite, and his roommates aren't home -- awesome! We start making out; he pulls off my shirt and leads me to the bed. Now, I came to college very inexperienced. But I'm always down to experiment. So the first thing I do is take his pants off. I get myself under the covers, pull down his underwear, and lo and behold, there it is... not. Now, I'm not a rude girl, but in my inexperienced state I just gasped... very loudly. He lifts up the covers and goes, 'What?' And now I'm thinking, 'Sh*t, Nicole, think of something!' So I look at him wide-eyed and say, 'Uhh, nothinggg… Iloveit!' and sloppily shove the entire half-chub thing into my mouth. He couldn't finish, so I put my clothes back on and booked it. Haven't seen him since.

6. Is this a literal plastic bag or a euphemism?

One time when I got crazy drunk, I made the guy promise me (before I drank) that we wouldn't have sex, because I knew we had no condoms. Later, I of course wanted to have sex so badly, so I started to blow him and accidentally hurt him a little with my teeth because I was drunk out of my mind. I then continued to try to seduce him and begged him to find a plastic bag to use for sex.

8. "Dora the Explorer," the original aphrodisiac.

9. Boners, Asthma and Chivalry: A Drama.

My freshman year of college, I ran into a girl from my orientation group at a bar. Hot off the heels of a breakup, I made a move and she reciprocated. We ended up in my dorm room, where we started shedding clothes, and she then proceeded to go down on me. I was on my back trying to do my part when I suddenly heard her gagging a little. The poor girl lifts her head and starts giving very labored, unnerving breaths. I sit up with her and ask her what's wrong. She keeps apologizing to me and explains she's having an asthma attack and that her inhaler is in her room in a separate building. Not sure how grave her situation is, I elect to take her in my arms and help her calm down (not unlike that scene with Mel Gibson in "Signs," but I digress). After a while, her breathing stabilized and she was up for more shenanigans. I, on the other hand, was too thrown to feel sexy right then and there and vowed to take a rain check. I walked her home, and we spent the rest of our four years there dodging eye contact in the cafeteria.

10. If you don't cringe, check your pulse, because you're probably dead.