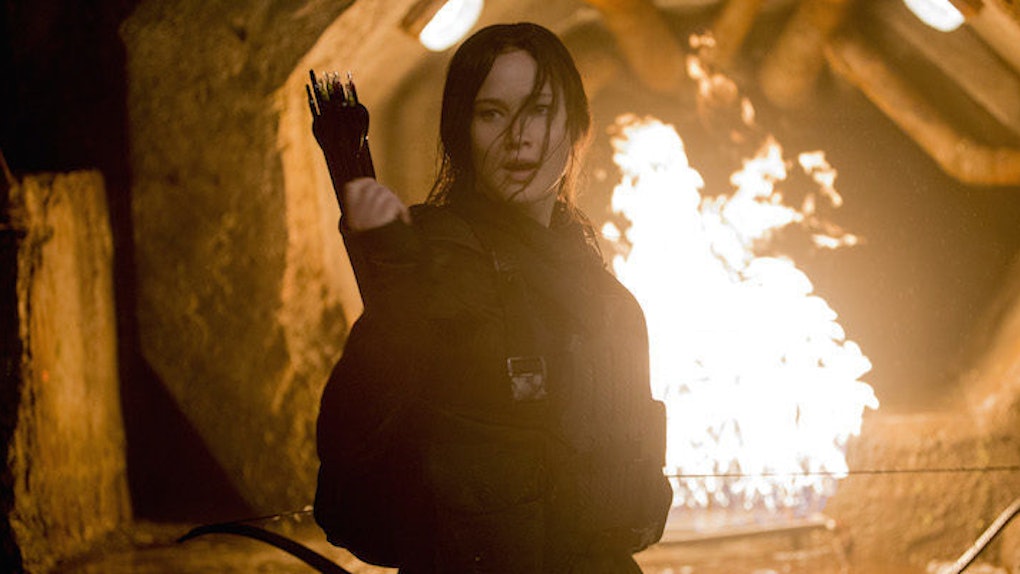 America is filled with theme parks that cater to people with an incredibly diverse array of interests, including Legos, Disney movies, underwhelming chocolate, sextuplets of flags and the questionable treatment of marine animals.

However, anyone looking for an amusement park based on a ritualistic tournament where children are drafted to kill each other for sport has been sorely out of luck -- until now.

Over the weekend, Lionsgate announced its plans to open a theme park outside Atlanta centered around attractions based on the "Hunger Games" franchise in addition to some of their other movies (including "Step Up" and that movie about magicians Mark Ruffalo was in).

Based on the early plans, the park will recreate District 12, have a roller coaster inspired by the Capitol's high-speed trains and provide a virtual tour of the rest of Panem.

I'm not here to pass early judgment, but as an entirely unironic fan of the series (and by "series" I mean "movies" because even I have limits), I'm a little nervous they're going to have some trouble staying true to the tone of the books.

Here are the top four attractions I expect to see at the "Hunger Games" theme park.

Let's just get this one out of the way.

The aforementioned roller coaster might be theoretically perfect, and the recreation of District 12 could be hailed as the most accurate literary adaptation the world has even seen. But none of that matters if I can't actually experience the Hunger Games.

I'm not talking about going the Disney route and putting together a highly choreographed show filled with daring stunts and excessive pyrotechnics. That might have been fun when Indiana Jones did it in the 80s, but times have changed.

I just don't see how I'm going to leave the park satisfied unless there's a place I can experience the thrill and triumph of the Hunger Games without any of the excruciating pain, psychological damage or death.

My ideal scenarios would involve several acres of land and some Socker Boppers, but I can only imagine there are at least a couple of liability-related issues if the attraction stayed too close to the source material.

I'm not here to tell them to make things happen, only to tell them how horribly disappointed I'll be if they don't.

A "Make Your Own Propaganda Film" Booth

During the time in my life when I frequently ended up at theme parks after band field trips, I never understood how Six Flags was able to survive when people could pay with an empty can of Coke in lieu of admission, but I eventually realized you can get away with a lot when your dehydrated guests will gladly pull $5 out of their fanny pack to pay for a bottle of water.

Theme parks rely on impulse purchases inside the park to boost their revenue, but they've had to scramble in recent years as people started to use cellphones to take a picture of the picture of their face frozen in terror on a roller coaster instead of buying it.

A "Hunger Games" license gives the park's designers tons of opportunities to create attractions designed to make kids beg their parents for the maximum amount of money -- like the chance to throw on some battle armor while standing in front of a green screen and calling for a revolution.

Most names in the "Hunger Games" universe are essentially what you would get if you hooked electric clamps to a person's nipples, gave them a list of "regular" names to read aloud and shocked them every time they tried to say one.

"Peter" becomes "Pet-AAAAAAAHHHHH" (because electrical shocks to the nipples are painful), which becomes "Peeta."

"Ruth" become "Ru-ooooooooooh" (this person was kind of into the electricity), which then becomes "Rue."

All you have to do is find an employee who's willing to make this hypothetical situation a reality by wearing the clamps under a work-issued polo shirt and, BOOM, you have yourself an official Hunger Games Name Generator™.

If you're going to recreate one of Panem's districts, it's important to focus on the tiniest details and subtle touches so you avoid feeling the canon-fueled wrath of the series' die-hard fans.

This feature is simple, but I feel like it would add a lot to the authentic "Hunger Games" experience. The premise: Visitors are given the option to walk around District 12 while wearing those beer goggles from middle school health class to get the authentic Haymitch experience.

Even if there's no practical way to experience the actual Hunger Games, I don't see why you can't simulate the side effects of the trauma the winners have to live with for the rest of their lives.