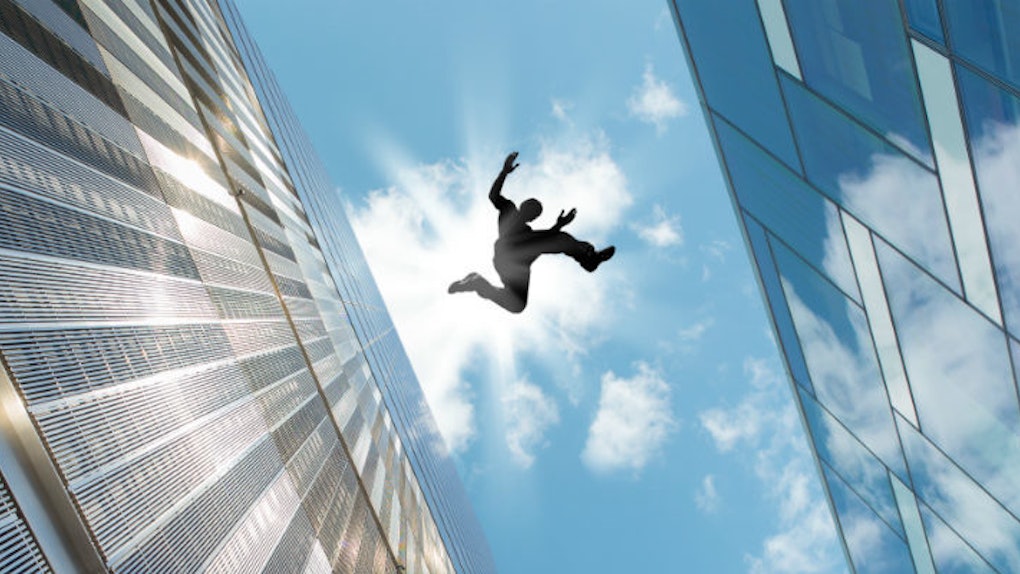 Guy Stuck Between Buildings After Failing To Impress Date

We've all been there. First dates are hard, man.

That said, I have never tried to impress a girl by jumping from one rooftop to another. Mainly because I fear Death's cold embrace.

But also, if someone did this on our date and was successful my pants would be off so fast. So I can see why he would try.

There is nothing sexier than successful parkour.

He is not quite on the ground. But he is wedged between these two buildings pretty well.

After attempting to make the jump from a shorter building to a taller one, police, firemen and EMS worked for four hours trying to free him.

Paramedics rappelled down to where he was stuck, while rescuers attempted to break down a wall of a Qdoba.

After heavier equipment was brought in to take down the wall, the man was pulled safely through with only ankle injuries.

The man has been identified as Grant Birdsong, 22, by the Pittsburgh Post-Gazette, but what we really want to know is did he get that second date, though?