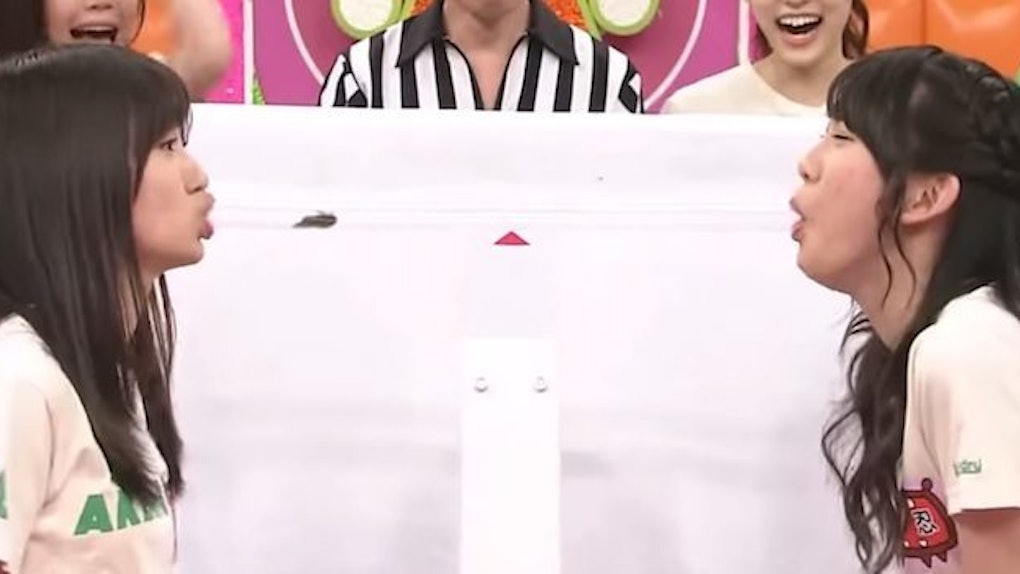 Whether or not it's actually justified, Japan has a reputation for producing products and programs that have the uncanny ability to make you feel simultaneously disgusted and aroused.

This is especially true in regard to Japanese game shows. They have been the subject of ridicule long before the Internet collectively decided to use them as definitive proof that Japan is the weirdest country in the world.

Confirmation bias aside, clips of (often naked) Japanese people doing humiliating things on camera almost never fail to entertain, and this clip from the show "AKBingo!"is no exception.

The concept is simple: Two girls try to blow a cockroach (which I think is actually a cicada) into each other's mouths in a low-budget reenactment of Harry Potter's battle with Voldemort.