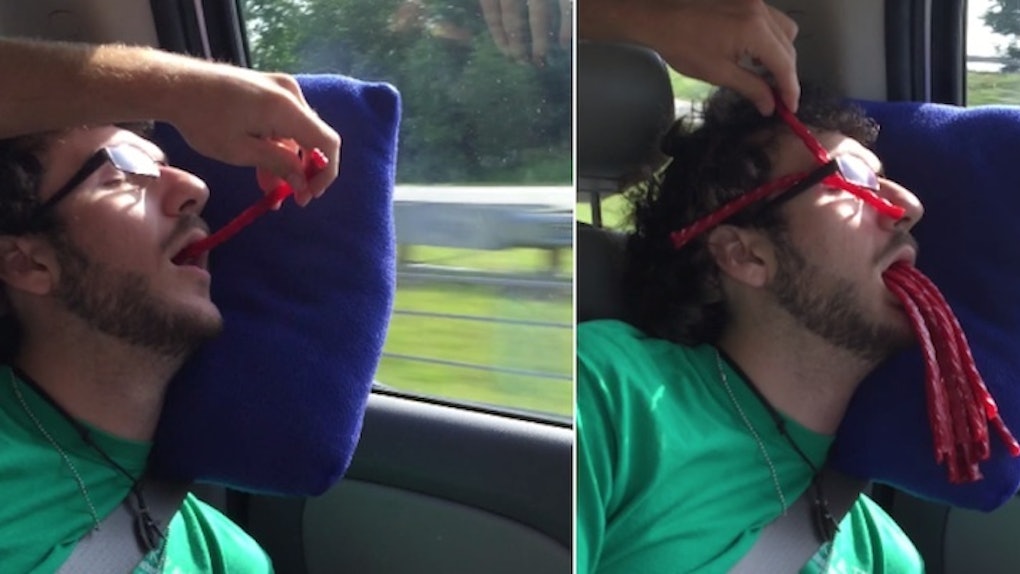 There are two major ways to pass time on a road trip: finding some mundane form of entertainment to distract yourself with or pass out for an extended period of time.

The friends in this car each adopted different strategies, but I don't think the one who decided to fall asleep in the backseat knew he'd be the source of amusement for everyone else in the car while they turned him into the tastiest version of Cthulhu I've ever seen.

At least it was only Twizzlers. I can certainly think of worse things that could be put in your mouth while sleeping in the car.