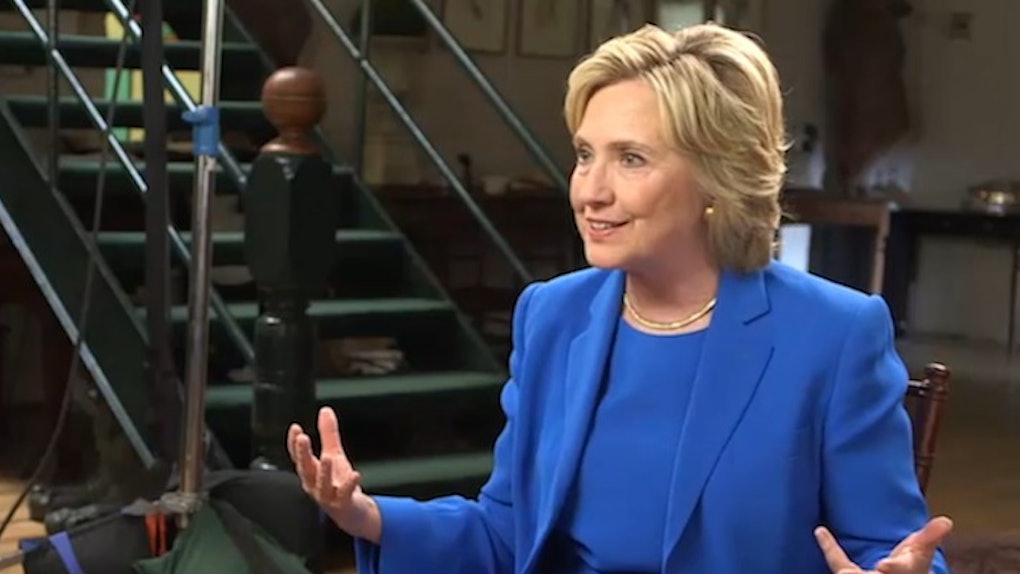 Are you uncomfortable about earning exponentially more money than your fellow coworkers, who do just as much if not more work than you?

All of that gratitude and recognition can go straight to your head, making you maniacal, domineering and *gasp* a bitch! You might even get the silly idea feminism is valid, or that someday, you could actually run for president of the United States!

Did you watch the teaser clip of Lena Dunham’s interview with Hillary Clinton, and find yourself anxiously awaiting the uterine-destroying awesomeness of the full video due out Tuesday? Does the idea of Amy Schumer’s cameo in it make your tear ducts burn with raging lady pride, while deep feelings about gender equality threaten to swallow your feeble, girlish brain?

Never fear, ladies. Here is a collection of quotes to bring you back down to earth, and put you into your womanly place.

Everyone — from politicians and CEOs to the male incarnation of enlightenment itself, the Dalai Lama — wants to help you remember you are less-than because you weren’t born with the remarkable splendor that is a penis.

His Holiness, the 14th Dalai Lama

(This guy keeps using the word enlightenment, but I don’t think it means what he thinks it means.)

“If female Dalai Lama come, then that female must be very attractive, otherwise not much use.”

“So give yourself a pat on the back or have some girl put your large kappa sigma dick down her throat.”

"Look at that face! Would anyone vote for that? Can you imagine that, the face of our next president?! I mean, she's a woman, and I'm not s'posedta say bad things, but really, folks, come on. Are we serious?"

"I had the chance to pull together a cabinet, and all the applicants seemed to be men… I went to a number of women's groups and said, 'Can you help us find folks?' and they brought us whole binders full of women."

“If you leave a woman, though, you probably ought to shoot her. It would save enough trouble in the end even if they hanged you.”

Mike Huckabee, Fox News talk show host, Christian minister and electric bass guitarist for a classic-rock cover band no one has ever heard of

“I challenge any female tweeting unironically with #MasculinitySoFragile to last three rounds against me in a fight. We’ll see who’s fragile.”

Aristotle, Ancient philosopher and BC bro-douche

"The female is a female by virtue of a certain lack of qualities; we should regard the female nature as afflicted with a natural defectiveness."

"A proper wife should be as obedient as a slave."

"The male is by nature superior, and the female inferior; and the one rules, and the other is ruled."

Now that you have been put back into your place, never forget feminism is an inappropriate four-letter word! No one will take you seriously while you’re f*ckable, and don’t think for a second you should be seen in public a single day after your f*ckability runs out!

Just accept sexual assault is your fault, and you deserve to be fat-shamed for having the audacity to look like anything but a runway model!

Phew, I’m so glad I could rescue you from that feminism train headed straight to Respected Professional Town. It's much better for you here, lounging on the useless, superfluous banks of fluff, better known by men as the land of feminine virtue.