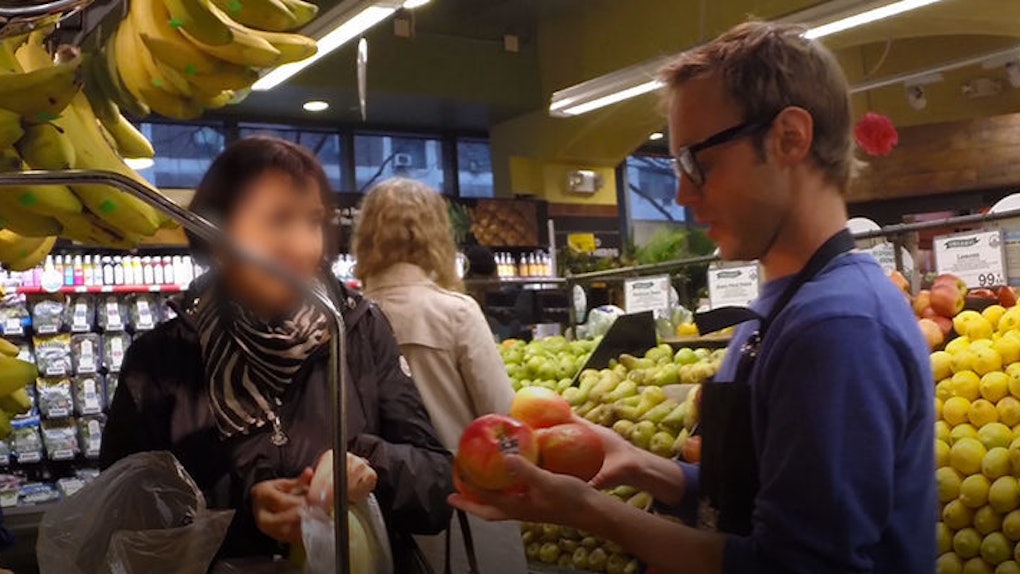 Everyone has his or her unique idea of the typical Whole Foods customer (it likely involves a fleece vest), but I'm assuming most of these mental images can be described as "the opposite of your typical Walmart patron."

Based on the stereotypes I subscribe to, there isn't a lot of crossover between the customer bases of these stores -- although they do seem to share one particular passion: smelling their own farts.

The people of Walmart tend to take that saying far more literally than the shoppers at Whole Foods because there's no one on this planet who enjoys the nasal repercussions stemming from a diet of leafy greens and chia seeds.

What the people in the latter category do tend to enjoy, however, is buying #organic, #freetrade and #sustainable foods that they can brag about buying to other people.

We sent Tyler Fischer, dressed as a Whole Foods employee, into a store in New York City to see just how gullible some of the shoppers there can be.