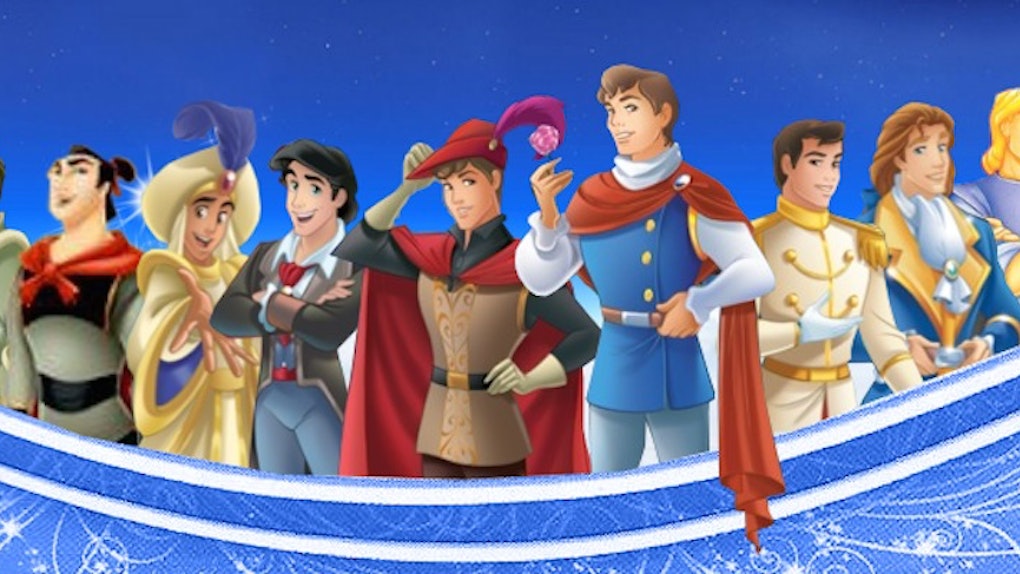 If Disney Princes Battled To The Death, This Is How It Would Turn Out

There aren't many things more universally adored online like movies from our childhood and attractive dudes, and while pornography might be the most popular thing on the Internet, articles involving Disney princes have to be a close second.

If you want to know which of these square-jawed royals possess the best physique, the most attractive penis or the qualities you want in a future husband, there is no shortage of articles you can consult featuring answers to questions that didn't need to be asked in the first place.

However, there's one topic that hasn't been properly addressed: which of these animated dreamboats would emerge as the victor in a fierce battle to the death.

After all, these are princes, and given the time period most Disney movies take place in, princes would be expected to handle themselves in hand-to-hand combat.

Unfortunately, some of them wouldn't emerge with their faces looking as pretty as they once did -- if they even emerge from the battle with their heads still attached to their bodies.

We weighed the pros and cons of the more iconic male characters from Disney movies to figure out who'd come out victorious and described what the battle would look like at the end.

Beast, "Beauty and the Beast"

Strengths: Not only does Beast have an army of loyal anthropomorphized furniture, but he is also basically a bear. That means he has a bear mouth, bear claws, bear strength and bear rage. He's a bear.

Weaknesses: While his terrible hospitality might not count against him in battle, he's at a disadvantage thanks to his restrictively tight clothes and a rose that can basically kill him if someone inhales too hard when smelling it.

Strengths: Likes dogs. Knows how to pilot a ship (although he needs to work on not making that ship explode). He can also play the flute.

Weaknesses: A nice voice is apparently the only quality he admires in a woman, and the strengths mentioned above will not help at all when it comes to hand-to-hand combat (unless his flute can transform into a pair of nunchucks; that would be pretty cool).

Strengths: Prince Charming is very good at waltzing. That's essentially the only positive trait he exhibits during the entire movie, although his fancy footwork could probably come a little bit in handy when dancing away from somebody with a sword.

Weaknesses: If his objectively terrible name weren't a big enough disadvantage, Prince Charming's one-track mind is the thing that will really hold him back. If he forgot it's possible for two people to share the same size shoe, how can you expect him to keep track of everyone else in the arena?

Strengths: He was the first Disney prince, so he's technically wiser than everyone else. If that sounds like a stretch, that's because it is. He has no other redeeming qualities.

Weaknesses: He wasn't considered important enough to have a name. When you make "Prince Charming" sound original and innovative, there really isn't that much hope for you.

Aladdin, "You Should Know This"

Strengths: He's got a flying carpet, a cool looking sword and has a wisecracking genie who owes him a few wishes. If this was an "Elder Scrolls"-inspired Disney RPG, he'd be the character you want to start as.

Weaknesses: There's a reason MC Hammer made (and subsequently lost) millions of dollars as a rapper you can't touch instead of a fighter with the same reputation -- it's hard to do anything but shuffle when you're wearing parachute pants.

Strengths: Possesses a magic sword and shield, rides a majestic horse, was able to vanquish both a dragon and the evil witch that had it do her bidding and is probably one of the better looking guys on the list (if we're being honest). He is the prince's prince.

Weaknesses: In addition to his stupid hat, Prince Phillip has a questionable understanding of the concept of consent. We're not sure if those will actually count against him when it comes to fighting, but they make it really hard to root for him. He's basically the Floyd Mayweather in this scenario.

Strengths: He has guns, the high quality armor you'd expect a conquistador to wear, smallpox blankets (probably) and whatever else the brutal power of white colonialism can provide.

Weaknesses: His long, flowing blonde hair might give him an advantage on the lacrosse field, but unless he follows the lead of Li Shang (and every hip 20-something male with long hair) and puts it into a bun, he's just asking for someone to grab it and drag him to the ground.

Strengths: Technically speaking, Li Shang isn't royalty, but he was the mostly princely figure in "Mulan" and essentially the only character in that movie who could step onto a battlefield without figuring out a way to kill everyone else in their unit.

Weaknesses: Based on how long it took him to figure out Mulan's true identity, his observational skills could use some work. Breaking into song while fighting is also not great for your endurance.

The battle begins as the heavy iron gate above the entrance to the arena slams down and instantly kills The Prince, who decided to forgo entering the ring to fight a futile battle in favor of a virtually painless death that came under his own terms.

As the rest of the princes draw their weapons, Beast sniffs the air and turns his attention to Prince Eric after detecting the smell of salmon in his general vicinity. Eric throws his flute in an attempt to ward off the attack, but the monster continues to charge.

Beast launches himself in the air, and just as Eric closes his eyes and accepts his fate, a single gunshot rings out. When they reopen, he sees Beast in a pool of blood in front of him, and John Smith stepping through a cloud of smoke in the distance.

The two men nod at each other before shifting their focus elsewhere. At least one of them will have to die by day's end.

The rest of the princes take a moment to evaluate the competition that still remains. Prince Charming is obviously the weakest remaining link, and both he and his opponents are well aware of this fact. Li Shang and John Smith turn their attention toward him and begin to advance with swords drawn.

Off to the side, Aladdin rubs his bottle and wishes for a inflatable doll, a bicycle pump and a vial of cyanide. After bringing the doll to life, he applies some poison to the doll's lips and throws it on the ground of the arena before soaring into the air on his magic carpet.

Prince Charming flashes a cocky smile as he dances away from the blades of his two adversaries, but he is slowly running out of space to maneuver. Thanks to his total lack of any other redeeming qualities, his smile quickly disappears after his neck runs into the blade of Li Shang.

Li Shang has little time to celebrate his victory before being knocked to the ground by Prince Phillip, who has the perfect chance to deliver a finishing blow. But then he spots the doll and sprints over to it to kiss it feverishly. Prince Phillip collapses seconds later -- very, very dead.

As Li Shang prepares to rise, he feels cold metal on the back of his neck and hears an all too familiar clicking sound. All John Smith has to do is pull the trigger, but he hesitates -- is this really how he wants to win?

He never gets to answer that question as this pause is all Aladdin needs to swoop in and literally disarm Smith. He hops off the carpet and turns his attention to his last opponent and, with a grin on his face, he smugly says "I wish you were dead."

This would have been a fantastic way to end the battle if Aladdin hadn't used all three of his wishes on an admittedly impressive scheme earlier in the fight. He barely has time to realize his mistake before a throwing knife wedges itself firmly between his eyes.

"Wish. Granted," Li Sheng mutters before pulling himself to his feet and walking away without looking back.