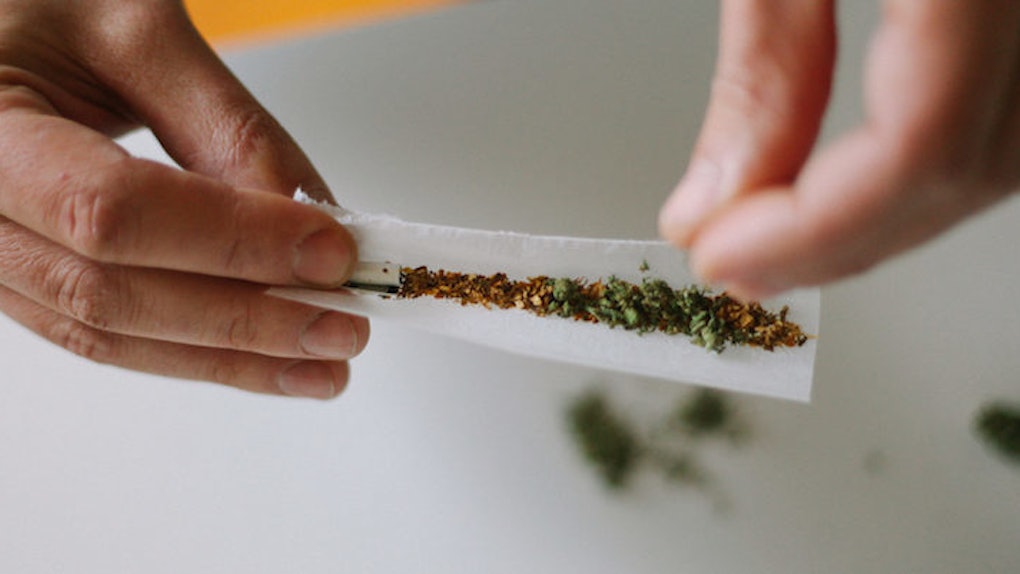 Everyone knows reality shows are best watched while blazed out of your mind. Having the wrong weed on hand, however, can send you to Paranoia City. Just think about how weird people seem when you're sober. Multiply that by about 1,000 and top it with a conspiracy cherry. That's what happens when you're smoking the wrong type of weed.

But when you have the right kind of ganja in your pipe, joint, bong or vape, all the stars magically align. You're transported to a transcendental happy place, where dreams meet reality and reality TV becomes something infinitely more magical. Need I say more?

Check out these weed and reality show pairings to enhance your TV-watching experience.

Why drink champagne when you can smoke it? This laid-back, euphoric hybrid is a perfect pairing for all those rapid-fire champagne toasts and rose ceremonies. It'll also keep you calm when overly made-up faces seem to suggest lizards might be hiding under human skin. Trust me, I've been there.

This indica has all the relaxing vibes you need to balance out the high drama of #brunchlife. You'll be full-body lazy, which will help you resist the urge to get up and change the channel when a drunken yacht brawl runs a little too long. And who wouldn't feel classy crushing a few diamonds in his or her grinder? If this weed had a tagline, it'd be: "I'm a crystal mystery wrapped in rolling papers... and cash." Holla!

Just try to outwit, outlast and outplay the urge to never go outside again while watching "Survivor" on this strain. With Island Sweet Skunk, you'll have all the tropical, outdoorsy feels you need from the comfort of your living room couch. Roll a joint the size of a torch and keep it lit all the way to Tribal Council.

This sweet indica with hints of ripe berries will keep you straight chillin' through every stressful time crunch and culinary mishap. The only downside is you might have some dry mouth, so make sure to keep a case of Cactus Cooler nearby. Because nothing pairs better with the sh*tty concoctions you'll be inspired to make while watching "Top Chef" high AF.

"Keeping Up With The Kardashians": LA Woman

A hybrid of LA Confidential and Martian Mean Green, LA Woman is well-rounded and down-to-earth. On this strain, you'll be able to really zero in on those contoured faces and freakishly on fleek eyebrows. It'll also give you a major case of the giggles. You may not know what's going on as far as the storyline goes, but can anyone prove there ever was one to begin with?

One of the most popular strains in the world, White Widow will leave you feeling inspired and talkative. That way you'll be able to formulate an opinion on each murder case and actually communicate those thoughts to your friends. And with a name like White Widow, you'll soon be rooting for the housewife who just couldn't take it anymore.

This strain is a buttery hybrid of Exodus Cheese and Cinderella 99, aka everything a blushing bride wants to be. With Chucky's Bride, you'll be riding euphoric waves every time Randy whips out a $500 veil and suddenly everything feels so bridal. You'll be blissed out and blinged out with this winning combo.