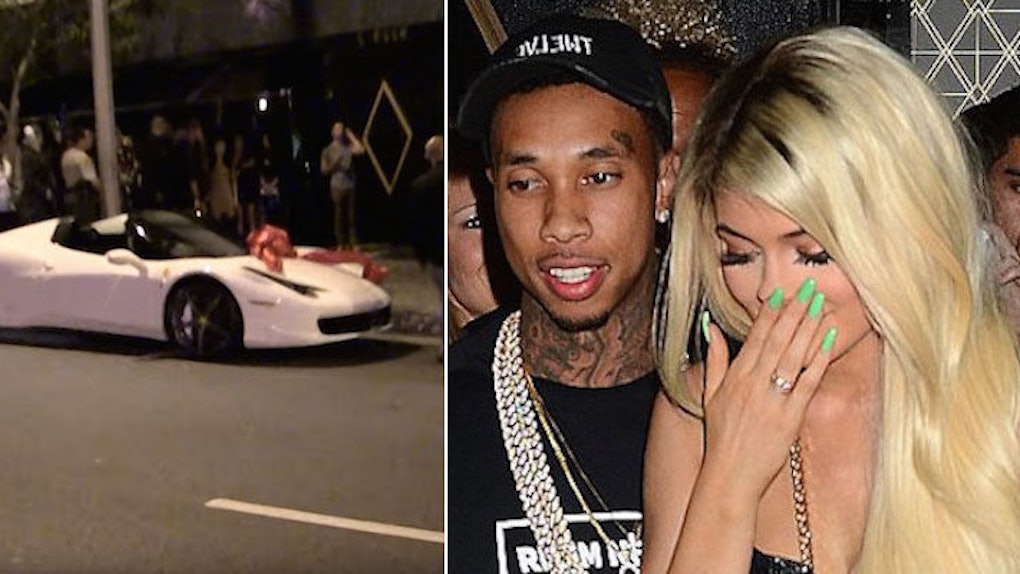 17 Times Tyga And Kylie Jenner Were Surprisingly Your Relationship Goals

Lately, it's been pretty hard to keep up with the Kardashians.

Between Caitlyn's debut, Kim's pregnancy and Kourtney's breakup, this family has taken over the tabloids covers of Tinseltown.

Now, Kylie is stealing the spotlight thanks to the new platinum-blonde hair she unveiled for her birthday and, oh yeah, the insane Ferrari her man gave her to celebrate the big day.

I guess dropping a couple racks on the one you love is NBD when you're one of the hottest rappers in the game.

When it comes to dating, Kylie is definitely following in her big sisters' footsteps and it's not hard to see Kylie and Tyga make one seriously perfect pair.

In fact, these two constantly surprise us by being the definition of relationship goals, and if you ask me, "Kyga" might actually be one of the most underrated power couple in the celeb scene.

Seriously, you better watch out Kimye, Kyga is coming for you.

Tyga just made Kylie's birthday extra blessed by surprising her with a $320,000 Ferrari. But this isn't the first time these guys made the world envious of their relationship.

Remember when Tyga melted our hearts by posting a photo of Kylie with the caption, "Certain things catch your eye, but only few capture the heart..."

Or when Kylie uploaded a pic of what she was thankful for on Instagram?

These two were pretty much made for each other, so it's no surprise Tyga fits right in with the sister squad...

And they obviously love him just as much as Kylie does.

Tyga is always by Kylie's side during family outings, like that time he went to church with the Kardashian crew on Easter.

The rapper isn't afraid to flex his dedication to Kylie with a tattoo of her name on his arm.

Tyga is a true gentleman around Kylie and always opens the car door for her.

Plus, he never lets his girl carry all of those heavy bags when they go shopping.

This perfect couple is always looking extra fly, like that time they posed together at Khloe's Coachella pool party...

And all the times they flexed their coordinating red carpet ensembles.

But the best was probably when these two made the most terrifyingly-adorable couple by dressing up as Chuckie and his bride on Halloween.

Tyga and Kylie love spending time with each other, whether they're simply running errands together...

Or kicking back with other couples at a baby shower.

Plus, who can forget the time this couple brought presents to the kids at Children’s Hospital LA...

Or when Kyga shared a romantic moment while volunteering at the Los Angeles Mission together?

This cute couple is always there to hold it down for each other.