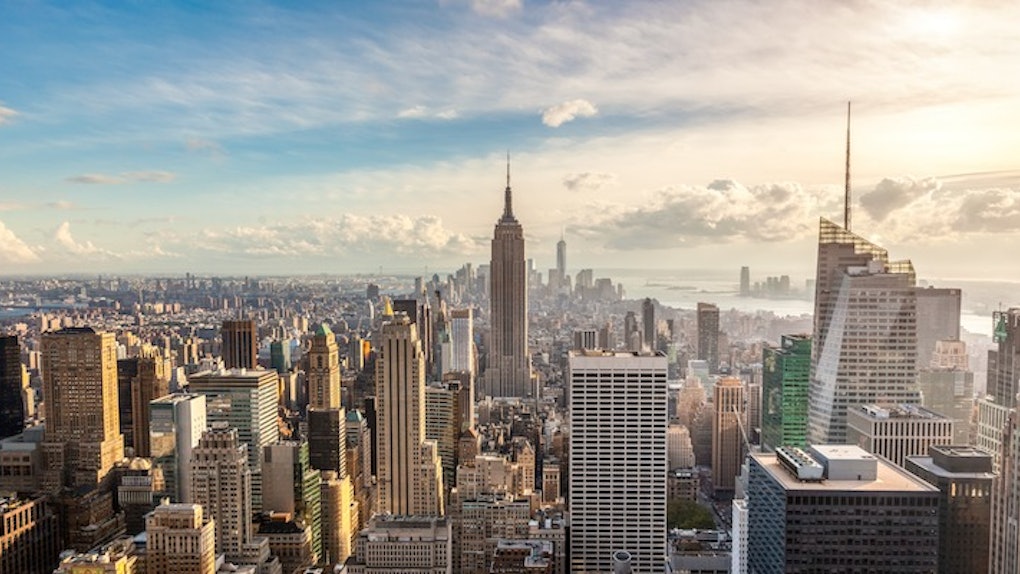 "Right now, I have three million dollars. I don't think it's that crazy to spend a million of it on a house." Two callow pot dealers weigh a particularly exorbitant purchase at a Mexican restaurant in Silver Lake.

"It's like a really modern cave, though," the younger insists. "There's plumbing, electricity…And I'm pretty sure it has some sort of beach access."

"Listen, dude. I'm not against the cave. I think the cave's cool. I just don't think it's worth a mil." The older one is firm. I laugh because they're serious.

The purchase of a $1 million cave in Malibu is not a luxury most developmentally arrested men in their twenties can afford to consider. However, the New York City marijuana racket, a market these two have thrived in while helping to inflate, has reached an all-time peak of profitability.

This means on a good week, three pounds later, our boys could be looking at a profit of around $27,000. That's money pouring in 365 days a year, from noon to midnight.

Serves exploded the New York City market by driving up the cost of a weight that's always shrinking. A serve, if you're not familiar, has become the primary way for normal people to purchase weed in New York.

You call a number, and someone comes to your house, offering you a selection of a few different strains and concentrates. Basically, serves offer the same service as a dispensary delivery in Los Angeles, but at double the cost, a fraction of the selection, and completely illegally.

All serves offer increments of two grams in clear plastic cubes sealed with a sticker branding the strain.

These cubes, as they're called, are sold for $50. With roughly 450 grams in a pound, subtracting the (and this is a high estimate) $2,000 the dealer paid for the weight, serves can pull in around $9,000 for every pound of marijuana sold. Six runners move about 120 cubes a day, a total of 240 grams, roughly half a pound.

This means on a good week, three pounds later, our boys could be looking at a profit of around $27,000. That's money pouring in 365 days a year, from noon to midnight.

Either the customers of these two dealers know nothing about weed and what they should be paying for it, or they do and have no problem getting completely ripped off. "It's mostly trust fund kids and models, honestly," the younger one says. "Directors, bankers, people that have the money and don't care."

Regardless of the somewhat terrible deal customers receive, to many, it's worth it.

New York City, with its staggering onslaught of wealth, is ripe for this kind of thing. A city of transplants who want to smoke, but don't know how to cop. Street deals are rare; the weed is shit, and you might just get robbed. Conventional pot dealers are all but extinct, having realized they can multiply their profit exponentially by organizing to serve format.

The older one laughs. "I have this one Wall Street guy who buys like 15 cubes at a time. He's paying like $800 dollars for an ounce that should cost him $350."

However, choosing the right product branding for these unlettered customers can be tricky.

"Night Terror set us back thousands," says the elder partner through a mouthful of taco. "It was actually a really mellow indica strain. We couldn't get it off because the name freaked everyone out." In lieu of a rebranding campaign, the entrepreneurs covered the labels with rainbow stickers and hearts to move the flower.

It's like, at the grocery store, you're more likely to buy name brands over generic, even if they do cost a little more.

Regardless of the somewhat terrible deal customers receive, to many, it's worth it.

I lived in New York for years, and used serves reluctantly almost the whole time. When you wake up hungover, the last thing you want to do is wander into the projects and poke around for a dime. These serves offer a safe, easy way to obtain something people are going to obtain one way or another.

In our delivery-centric economy, apps like Saucey, UberEATS and Postmates are normalizing the notion of paying a little more for convenience. Until the city that never sleeps comes up with a better idea, our young friends with continue to flourish.

This post was originally written by Lindsay Maharry for The Kind.

Citations: These Guys Are The Reason Illegal Weed Is So Expensive in NYC (The Kind)