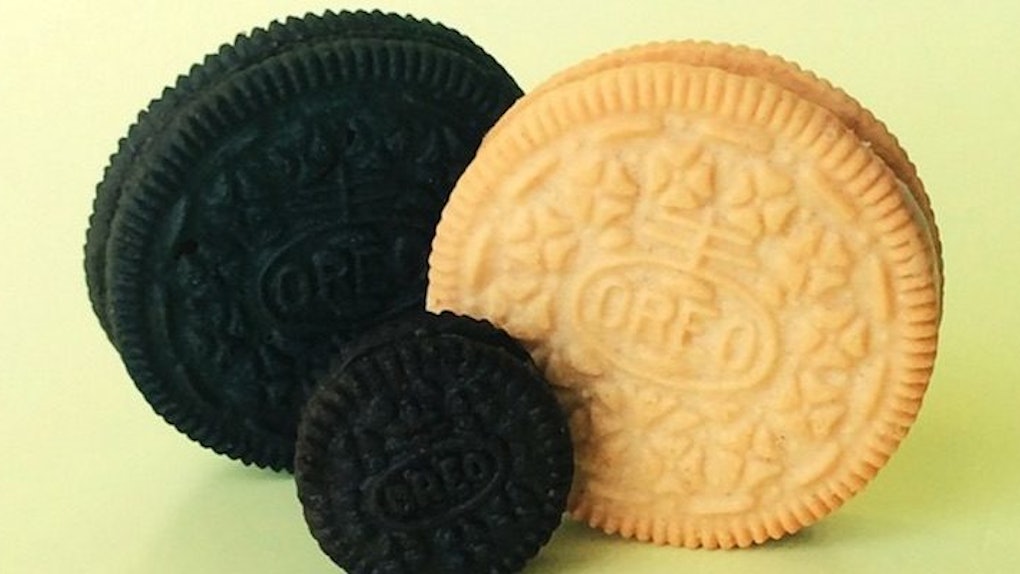 Now is about the time to give up on your New Year's resolution to eat healthy, and what better way to do it than with some novelty-flavored circles of sugar?

The new Cinnamon Bun Oreos finally hit the shelves after the brand announced the new flavor in September.

According to Refinery29, the outer cookies are cinnamon flavored while the filing resembles the icing that comes with actual cinnamon rolls.

Since, as we all know, that icing is the nectar of the gods, I am going to need Nabisco to send me a packet of these bad boys ASAP. Oreo is also bringing back its Red Velvet flavor with a cream cheese-flavored filling, and I will also gladly take free samples of those.

Check out the ad announcing the new flavors below.