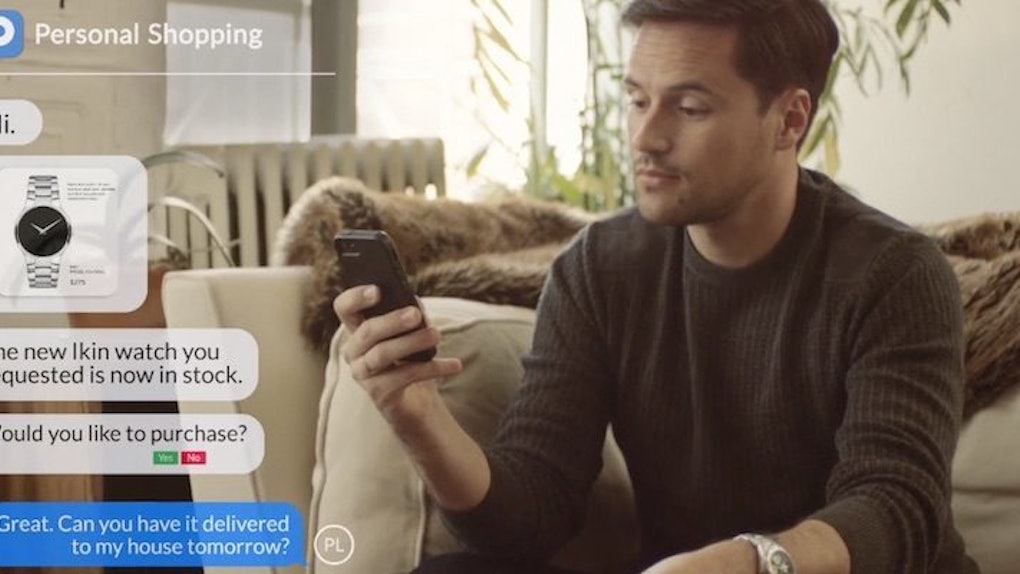 Having to call up customer service is one of the last things anyone ever wants to do.

Whether you need help troubleshooting a new product you just purchased or you're simply trying to confirm operating hours, calling a business is never really a swift process.

Dealing with an actual human customer service representative is one thing, but dealing with a robot voice over the phone is the absolute worst.

Luckily, there's an app out there that might actually be able to fix this problem.

It's called Pypestream, and it's a mobile messaging app that allows businesses to seamlessly connect with their customers without drowning them in helpless robot voices.

After all, the last thing you want when you need assistance is a virtual wall to talk to!

Most people can't stand robotic voices. They want to go immediately to a representative. Yet with messaging, they won't know it's a robot.

The real-time business messaging app, which is currently available on iTunes, provides businesses with in-depth analytics, campaign-management features and an intuitive dashboard to keep track of everything.

[There will be] fewer call center reps and faster resolutions at lower costs. 'Can I put you on hold for a minute while I research that?' all goes away.

Since the company formed in April 2015, Pypestream managed to register over 500 companies, including Billboard, MetroPCS and South African Airways.

Not to mention, Smullen reportedly managed to raise over $4 million since Pypestream's initial launch. At some point in the near future, Pypestream plans to raise loftier capital to help support its growing demand.

Kiss all of those annoying robot voices goodbye, friends! It looks like we finally found the secret to avoiding call centers until the end of time.

Learn more about Pypestream here, and check out the video above for a closer look.

Citations: Is this app the call center of the future? (CNN)