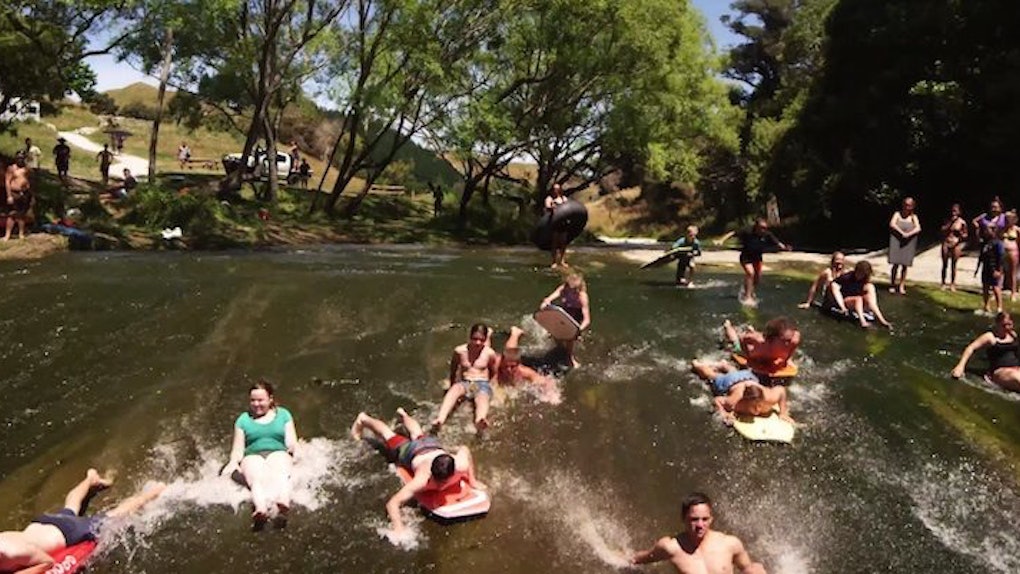 After putting up with the wrath of winter for so long, it's relieving to know summer's right around the corner.

But with that said, it's imperative you start thinking of cool things to do during the best season of the year.

I mean, who would want to be the person who doesn't partake in vacations, BBQs, water parks and fireworks displays?!

We wouldn't! That's exactly why we're taking notes from devinsupertramp.

The videographer, known for exhilarating videos, recently uploaded a new one titled the "World's Most Epic Natural Waterslide! In 4K!"

And that's exactly what it is -- an incredibly EPIC water slide in New Zealand.

If you're afraid of heights, temporarily soaring through the air and getting wet, this probably isn't for you. Otherwise, it's time to grab your boogie board and your bathing suit.

Check out the video below for a closer look!