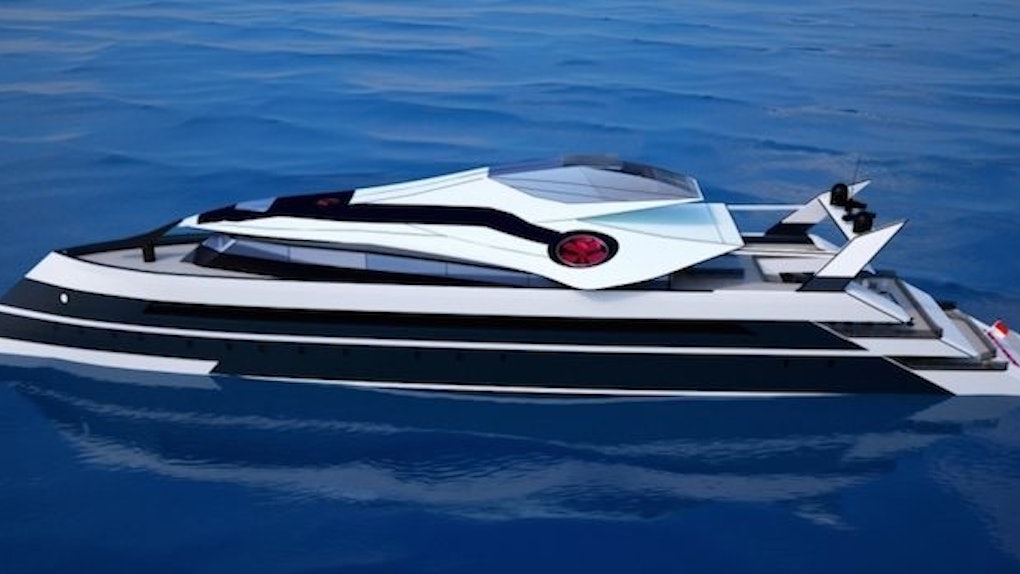 When you're filthy rich, you have access to all of the toys most people only dream about.

You know, supercars worth more than most people's homes and precious stones only obtainable during daydreams. But what will all of these luxuries look like in the next, say, 35 years?

We came across a stunning collection of renderings, designed by Vasily Klyukin, depicting what he thinks a top-of-the-line mega yacht will look like in the year 2050.

It's called the Monaco 2050, and it looks like something out of "The Jetsons." But it doesn't stop there! This breathtaking concept features a detachable private jet with the ability to take off vertically.

Despite the fact this project is only in its early conceptual stages, it's good to know we're not the only people who want the world to be as advanced as it is in "TRON" or "Iron Man"!

At first sight, you'll notice a sleek watercraft fit for an "X-Men" movie, but if you look closer, there's actually a private jet on top.

I mean, who wouldn't want a detachable private jet on top of his or her insane yacht?!

According to Thrillist, Klyukin's design allows the plane to take off vertically.

As of right now, the Monaco 2050 is only in its conceptual stages and is a vivid representation of the watercraft Klyukin believes will exist by the year 2050.

At least we have some time to save up!

Citations: This Impossible Megayacht Has A Built-In Private Jet (Thrillist)