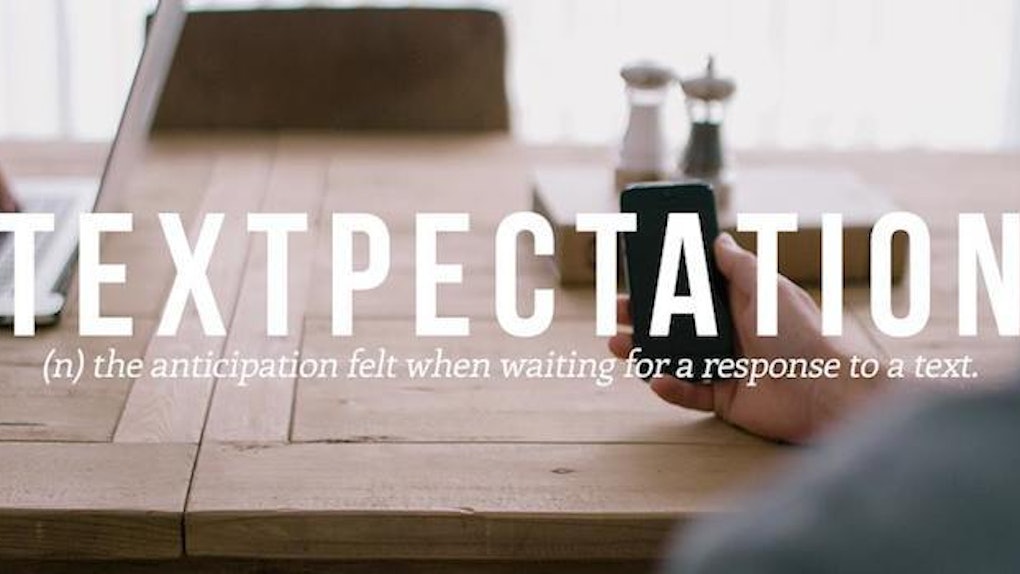 Making up words isn't immature. It's just a way of highlighting that the dictionary can't keep up with the rapid evolution of the English language -- or any other language, for that matter!

That's exactly why every day, more and more people are creating makeshift words to express themselves. Using words that actually exist is becoming all too basic, and that's never good.

We came across a witty collection of words that should be in the dictionary but aren't. Why? Well, probably because more people would need to start using them first.

But we wouldn't be surprised if they did. I mean, the word "textpectation" doesn't exist, but it wouldn't be hard to make out that it means "the anticipation felt when waiting for a response to a text." That's something we can all relate to.

Check out the 24 awesome new words that should probably be in the dictionary.

Citations: 24 Brilliant New Words We Should Add To A Dictionary (Bored Panda)