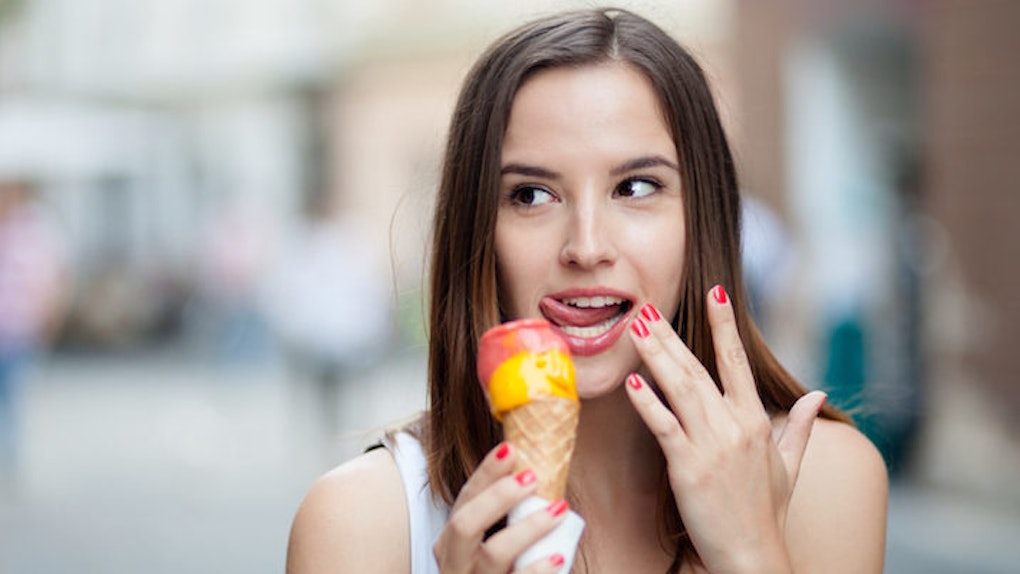 I've always been a strong believer that ice cream can fix basically anything.

Whether it's cooling you down on a hot summer day or sealing the cracks in your heart after a bad breakup, a couple of scoops can make all sorts of problems melt into oblivion.

Even your post-drinking problems.

That's right. You might want to put down the bacon, egg and cheese on a bagel and pick up a spoon instead, because it turns out all you need to cure your horrible hangover is a couple of scoops of ice cream.

Withme FS, the convenience store chain selling the ice cream bar, said in a press release the name actually means "hang in there" in English. The release elaborated that the name "expresses the hardships of employees who have to suffer a working day after heavy drinking."

The secret to eating your way to recovery lies in the ice cream's unique ingredients like oriental raisin tree fruit extract, which has reportedly been used as a headache home remedy by Koreans for hundreds of years.

Now, South Korea just needs to invent an ice cream that will erase all of those drunk texts sent out at 4 am, and then all of life's problems will be solved.

Take a look at the pictures below and this video from Reuters to see some awesome grapefruit ice cream.

If you love ice cream just as much as you love turning up...

Now, getting some sweet relief from your horrible hangovers might be as simple as eating a couple of scoops of ice cream.

...specifically intended to alleviate all of your hangover symptoms.

I repeat, this is not a drill. You can now make all of your hangover struggles disappear by eating your favorite frosty dessert.

It turns out the secret to getting some sweet relief lies in the ice cream's unique ingredients...

This extract is apparently known to have headache-curing properties and has reportedly been used as a Korean hangover remedy for hundreds of years.

So then, I guess it's safe to say ice cream really does fix everything after all.