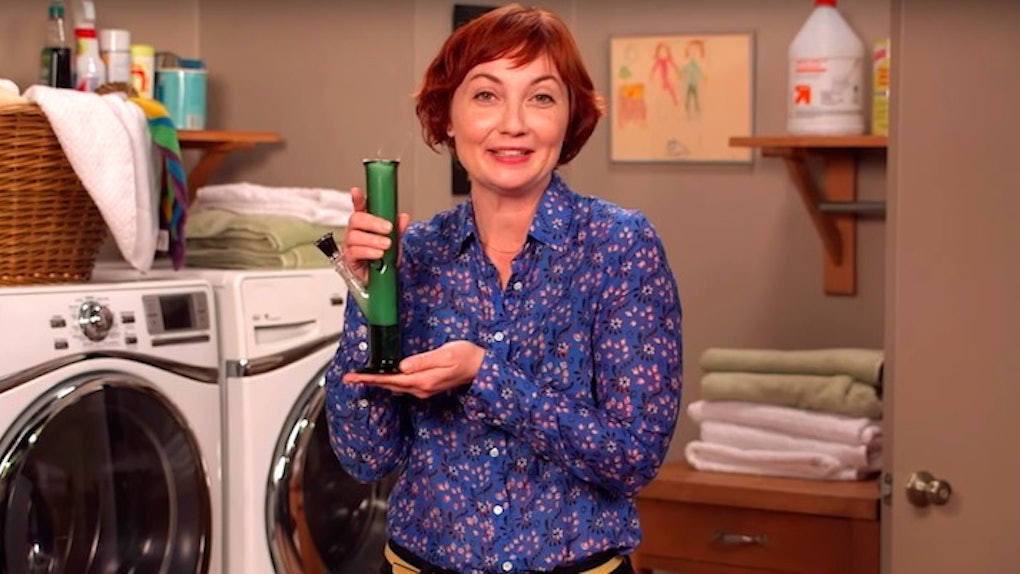 Even late-night host Jimmy Kimmel sees that the marijuana — err, cannabis — industry is in the thick of a very real marketing campaign.

“The marijuana industry is looking to rebrand itself,” Kimmel says in a new skit, embedded above.

They want to change the image of marijuana users to show that pot smokers aren't just skaters and rappers and gamers — they're also your neighbors and your teachers and maybe even your mom.

And for those of us who get lifted before knocking out a bunch of household chores, the skit is also dead-on.

“For mom's who toke up on the go,” says the skit's weed-loving mom.

This post was originally written by Ricardo Baca for The Cannabist.