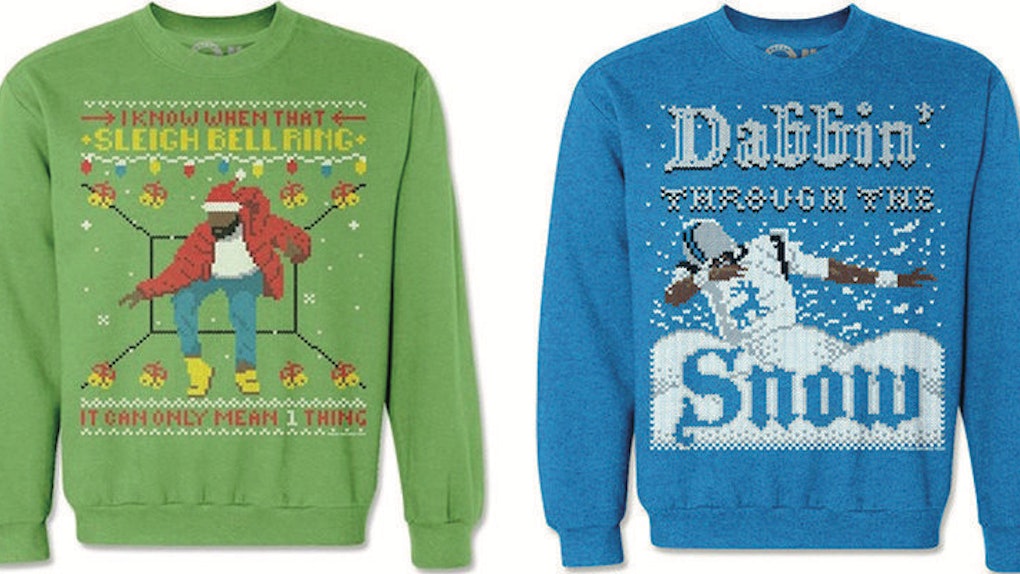 Nothing puts you in the holiday spirit like rocking a couple of ugly Christmas sweaters or sweatshirts.

But you know what's even better than a sweatshirt swagged out in fake snow and blinking Christmas tree lights?

A sweatshirt decked out in Christmas-themed Drake lyrics, of course!

Yep, it looks like Christmas came early this year because Fresh Brewed Tees released the greatest holiday gifts of all: fugly, festive sweatshirts featuring all of your favorite pop culture icons.

The cozy collection puts a seasonal spin on all your favorite celebs and showcases things like Kim Kardashian West's Paper magazine cover recreated with eggnog, Drake dancing to "Sleigh Bell Ring" and Hillary Clinton sending Santa some top secret emails from her BlackBerry.

From rappers and celebs to all-star athletes and even presidential candidates, it seems no one is safe from being slapped on a sweater or sweatshirt this season.

But hey, I'm pretty sure no one would be disappointed to find one of these hilarious holiday gifts underneath the Christmas tree.

Take a look at the pictures below to see these comical celebrity Christmas clothes.

Citations: Kimye Ugly Christmas Sweaters Are Everything You Need This Holiday — PHOTOS (Bustle)