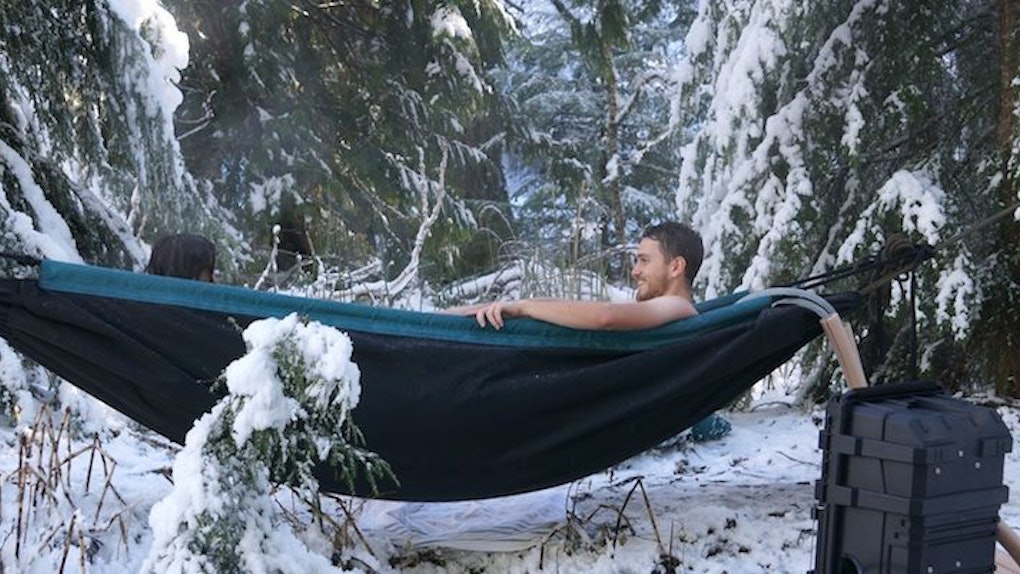 The only thing cooler than a lying in a hammock all day is ditching the office for a day in a hot tub.

But what if we told you there's a way to actually enjoy both at the same damn time? Because there is.

It's called the Hydro Hammock, and you've probably never seen anything like it.

Created by Benjamin H. Frederick, the portable contraption is easier to use than an inflatable pool.

According to Bored Panda, the Hydro Hammock has the ability to hold 50 gallons of water. The best part?

It can be used by not one, but two people at once. That means double the relaxation and double the fun.

If you were looking for a way to spruce up your summer, this could be the answer.

This is the Hydro Hammock.

Who wouldn't want to spend his or her summer here?

The Hydro Hammock can even be used in the winter because the company offers a double-walled version that traps heat in.

You really have no reason not to own this thing.

So far, the Hydro Hammock raised over $17,000 on Kickstarter.

Check out the video below for a closer look:

Citations: This Hot Tub Hammock Just Might Be The Most Relaxing Thing Ever (Bored Panda)