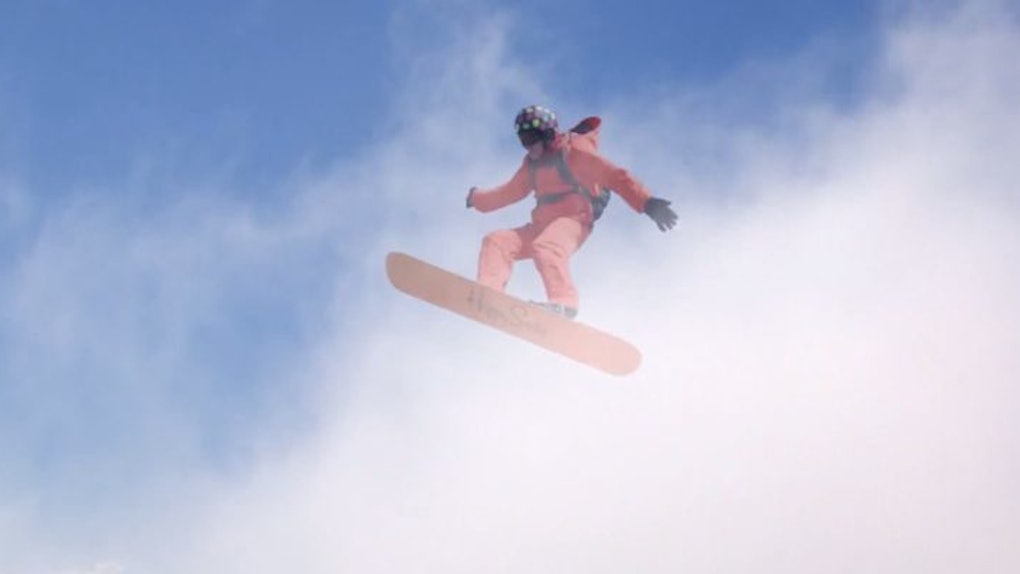 Daredevil Snowboards Through The Sky While Attached To A Helicopter (Video)

Apparently, you don't have to be one of the Power Rangers to show off sky-high boarding skills.

Recently, the daredevil teamed up with Happy Socks and took his snowboarding stunts to the next level. Literally.

Instead of strapping up and shredding down a mountain, Cenni swapped out the boring snow for some blue skies. This time around, the stuntman was attached to a helicopter while he was strapped in his snowboard.

Luckily, they were able to capture this insane stunt on camera, and in the video, you can see Cenni hitting the open skies. He carves through the fluffy white clouds 6,000 feet above the ground and twirls through the air at an incredible 80 miles per hour.

Cenni makes this awesome gravity-defying snowboarding stunt look like a piece of cake and proves all you need to ride year round is your own helicopter.