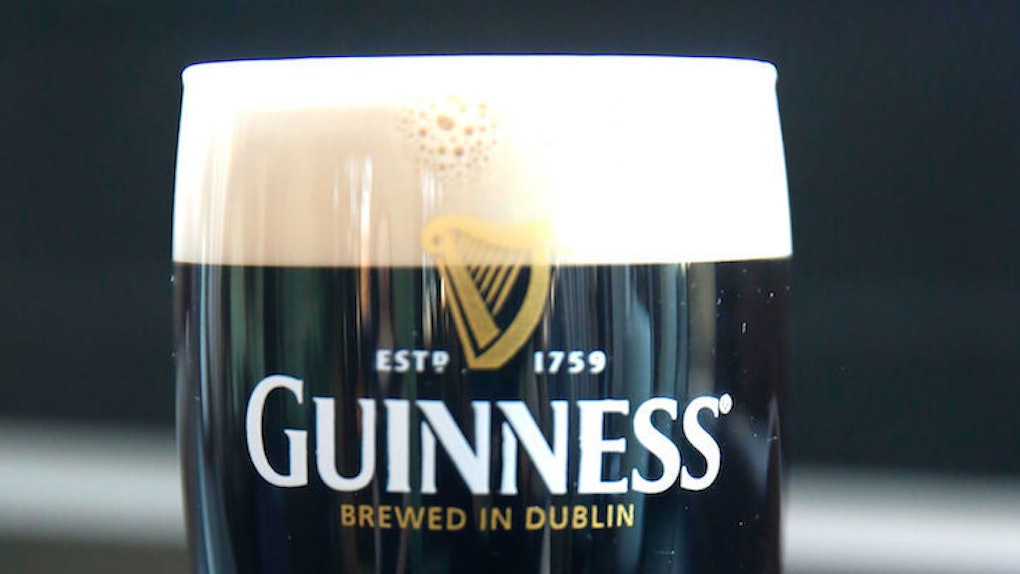 4 Ways To Drink Guinness Today Besides Chugging It

There's no right way to celebrate St. Patrick's Day, but there are a few traditions that seems to be a bit more popular than others.

Younger children tend to spend their day trying to track down a leprechaun, people who spend too much time online will post a video of the Alabama Leprechaun (like they do every year), and functioning alcoholics use it as an excuse to start drinking when they wake up.

I'm personally waiting until after work to start indulging, but if the past is any indication, my night will end with me cutting open cans of Guinness and amusing myself with the miniature ping pong balls inside.

As much as I can appreciate a glass of what is arguably Ireland's most popular export (not including Colin Farrell), only drinking Guinness over the course of the night can get a little boring.

While this problem can certainly be solved by taking too many shots of Jameson, you should know that there are a few stout-based drinks you can make with Guinness to switch things up on St. Patrick's Day.

One part champagne (or, realistically, the cheapest bottle of sparkling wine you can find)

To make a Black Velvet, fill a champagne glass or green Solo cup with whatever bubbly wine you decided to go with. If you're actually using a glass, place an upside-down spoon on top and slowly pour the Guinness over so the beer floats and the drink looks pretty.

This is the perfect drink for people who want to feel classy even though they've been wearing a "Kiss Me I'm Drunk" shirt that's been covered in vomit for the last two hours.

It's just like the Black Velvet, but for poor men. I'm not sure what else you want me to say.

One part pale ale (not an IPA or any other hoppy beer. You'll probably end up using Bass)

Even though you probably walk into most bars in America and order those last two drinks without an issue, if you're celebrating Irish culture, it's best to avoid ordering drinks using names inspired by some of the darkest aspects of Irish history (no small feat).

You should be able to figure out the gist of this drink based on the name alone, but if "Half-and-Half" is still confusing you, just follow the same steps as the two drinks I've already mentioned.

Look, I never said these would be particularly innovative -- it's probably for the best considering how drunk most people will be when they go to make these anyway.

One glass of Guinness

As many scoops of ice cream drunk you wants to eat

If you're looking for a nightcap, look no further than a Guinness float.

Is it literally a glass of Guinness with a scoop (or more) of any ice cream you have on hand? Absolutely. And when you've spent the entire night drinking, you can't really ask for a better dessert.