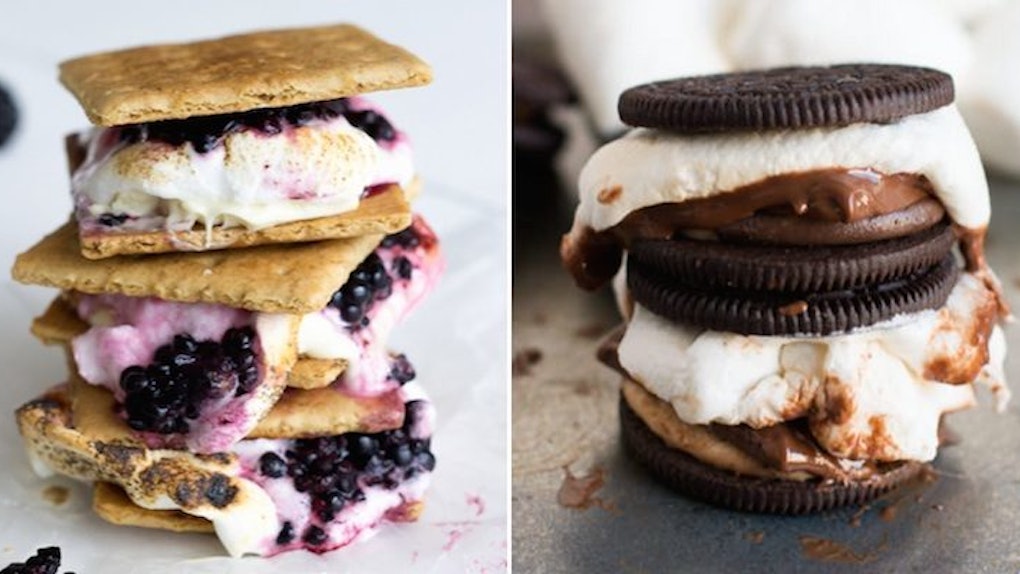 Like most kids, I loved spending summer nights sitting in front of a big, crackling campfire.

Aside from lighting marshmallows on fire and throwing them at my brother, one of my favorite things to do was make lots of gooey, cholocately s'mores.

Although I've grown out of terrorizing my brother with flaming objects, I'll never outgrow my love for these tasty summertime treats.

If you happen to be a s'mores fanatic, you'll be glad to know there's a lot more you can do with s'mores than just making them the boring, old "marshmallow and chocolate between two graham crackers" routine.

In fact, there are tons of insanely scrumptious s'mores recipes out there that will take this almighty campfire confection to a whole new level of deliciousness.

Plus, some don't even require a big, blazing campfire, so if you're living that city life you can make these bad boys sans burning your entire building to the ground.

Take a look at the pictures below to see 30 awesome things you can make with s'mores.