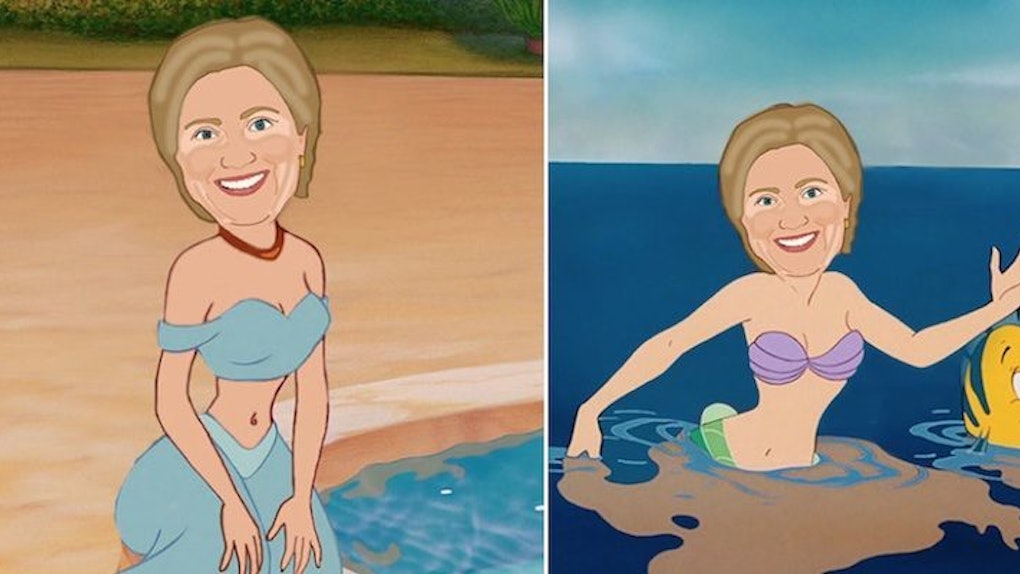 From fairytale mermaids and Disney dinosaurs to hipsters who live happily ever after, we've seen our favorite princesses reimagined into almost everything.

Everything except... your favorite democratic candidate.

Yep, just when you thought there was nothing left to do to these iconic Disney characters, we decided to go ahead and give the princesses a presidential makeover inspired by none other than Hillary Clinton.

I mean, why not? This former first lady is basically a political princess.

With a little imagination and the photoshop skills of Elite Daily's very own Katie Corvino, we were able to give the whole Disney squad some badass Hillary Clinton heads, and let me tell you, these princesses are simply Hillary-ous.

Take a look at the pictures below to see Hillary Clinton as your favorite Disney Princesses.

Hillary just wants to get a leg up on the competition and be part of the White House world.

This former defense secretary proves sometimes it takes a woman to do a man's job.

She's an environmentally-conscious candidate who opposes the Keystone Pipeline...

...and wants to keep all her furry friends safe.

Hil has never let kissing a frog hold her back from going after her goal of becoming the country's first female president.

She's the princess of pantsuits and she can show you the world, plus all of her personal emails.

Not to mention, this democratic HBIC never loses sleep over her haters...