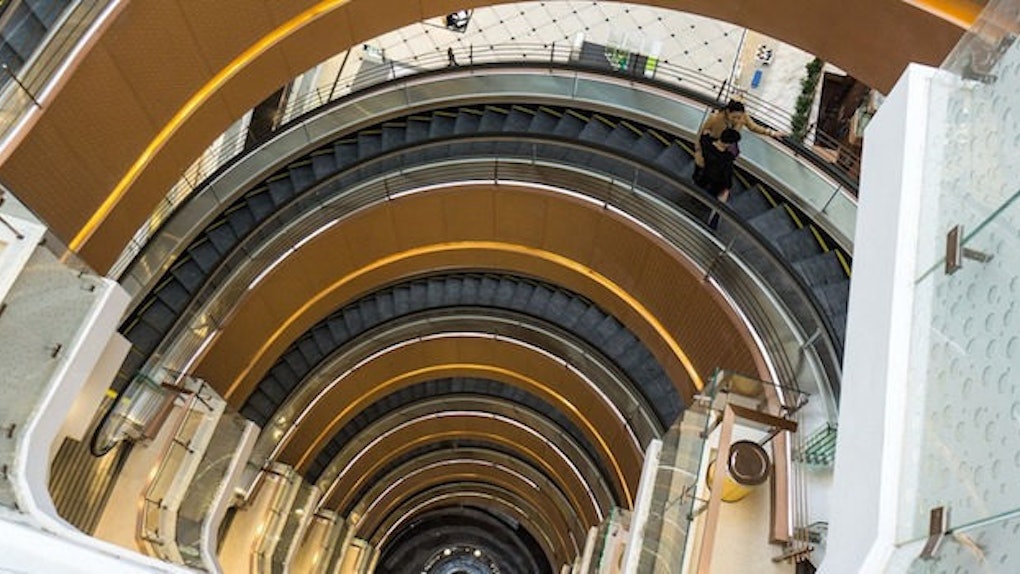 China built a 57-story skyscraper in just 19 days between February and March of 2015.

That's precisely why it's no surprise to us that the country was able to build a mall that features a seven-story spiral escalator.

Instead of opting for a traditional escalator that goes straight down from point A to point B, this mall in Shanghai got something a bit more expressive.

Check out the ones in Las Vegas below:

If you thought that was cool, a mall in Shanghai now has the same ones -- except they have six, and it looks absolutely insane.

At ground level, you're thinking, "Oh, a curved escalator -- cool!"

And then you dare to look up, and you're met by seven additional levels:

You might have to go to the other side of the mall just to get a good look at this mechanical greatness:

But how do you get down? Well, the other side of the mall features a whole other set of spiral escalators:

You definitely won't want to look down after stuffing your face with Cinnabon and Starbucks all day.